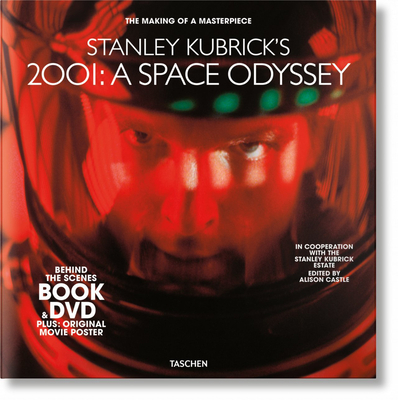 In 1968, when 2001: A Space Odyssey was released, the world was watching and waiting for man to take his first step on the moon. Stanley Kubrick's seminal film, with its innovative special effects and haunting score, offered audiences what felt like a realistic glimpse of the future.

It served, more importantly, as a humbling testament to the limitations of human capabilities in the face of other life forms. From the dawn of man to outer space to contact with mysterious alien forces, 2001 takes the viewer on an epic, unforgettable, mind-expanding journey. This collection is part of the Making of a Masterpiece series, offering a behind-the-scene glimpse into cinematic milestones.

background about the making of the film, interviews with Kubrick, and an illustrated biography and filmography

a DVD of the remastered film