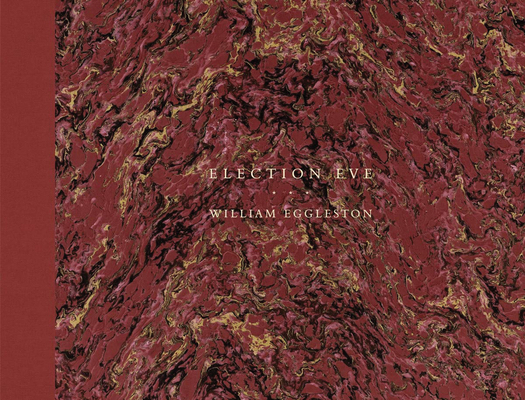 By William Eggleston (Photographer)
$80.00
On Our Shelves Now

On the eve of the election, when nothing had yet been decided, when everything--whatever that everything was--hung in the balance, Eggleston made an elegy ... a statement of perfect calm. --Lloyd Fonvielle

In 1977 William Eggleston released Election Eve, his first and most elaborate artist's book, containing 100 original prints in two leatherbound volumes, housed in a linen box. It was published by Caldecot Chubb in New York in an edition of only five, and has since become Eggleston's rarest collectible book. This new Steidl edition recreates the full original sequence of photos in a single volume, making it available to the wider public for the first time.
Election Eve contains images made in October 1976 during Eggleston's pilgrimage from Memphis to the small town of Plains, Georgia, the home of Jimmy Carter who in November 1976 was elected 39th President of the United States. Eggleston began photographing even before he left Memphis and depicted the surrounding countryside and villages of Sumter County, before he reached Plains. His photos of lonesome roads, train tracks, cars, gas stations and houses are mostly empty of people and form an intuitive, unsettling portrait of Plains, starkly different from the idealized image of it subsequently promoted by the media. The book includes a preface by Hollywood screenwriter (The Mummy, 1999), director (Gotham, 1988) and author Lloyd Fonvielle.