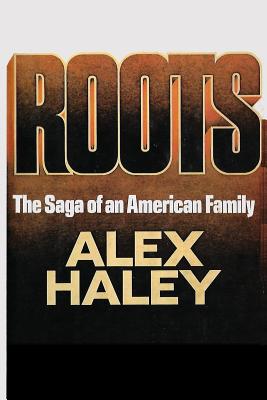 Roots by Alex Haley has had a revolutionary impact on American History and on how the American people view themselves. Roots came out as a book in 1976 and then was broadcast as a 8-part TV series that was watched 130 million people. Practically the entire US population turned on their TVs to watch the Roots series every day. Roots has also had a long-lasting effect on the study of genealogy. Thousands of Americas including especially Black Americans have taken up genealogy in an attempt to do what Alex Haley says he did, which was trace back his ancestry to his first African ancestor who was brought from Africa to America on a slave ship. Since then, every flight from the USA to Africa has been filled with African-Americans seeking to repeat what Alex Haley did and find their roots. With the advent of DNA testing starting after 2000, it has become possible to build huge family trees based on a combination of the results of DNA testing and traditional family searching. Over a million Americans have had their DNA tested by at least one of the three primary DNA genealogy testing services. These three services are www.familytreedna.com, www.23andme.com and ancestry.com . Each of these tests are different and more importantly each testing service has a different database of customers. Thus, if a person wants to trace their roots and find their current relatives, they might consider using all three testing services. It tells the story of Kunta Kinte, an 18th-century African, captured as an adolescent and sold into slavery in the United States, and follows his life and the lives of his descendants in the U.S. down to Haley. The release of the novel, combined with its hugely popular television adaptation, Roots (1977), led to a cultural sensation in the United States, and considered one of the most important U.S. works of the twentieth century. The novel spent months on The New York Times Best Seller List, including 22 weeks in that list's top spot. The last seven chapters of the novel were later adapted in the form of a second miniseries, Roots: The Next Generations (1979). It stimulated interest in genealogy and appreciation for African-American history.