No Longer at Ease (Paperback) 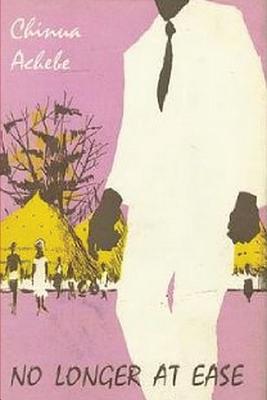 By Chinua Achebe
$7.75
Backordered. Place an order and we will let you know when to expect your book.

In this novel, the so-called sequal to "Things Fall Apart "Achebe creates a classic story of both personal and moral struggle, and turbulent social conflict.
Written before Achebe was thirty, No Longer at Ease""tell the story of Obi Okonowo, a man whose foreign education has separated him from his African roots and made him a part of a ruling elite whose corruption he finds repugnant. The agony of choosing between traditional values and the demands of a changing world is dramatized with unequaled clarity and poignancy. Still relevant more than forty years after it was written, No Longer at Ease remains a brilliant statement of the challenge facing African society.

CHINUA ACHEBE was born in Nigeria in 1930. He was raised in the large village of Ogidi. He is a graduate of University College, Ibadan. His early career in radio ended abruptly in 1966, when he left his post as Director of External Broadcasting in Nigeria during the national upheaval that led to the Biafran War. From 1972 to 1976, and again in 1987 to 1988, Achebe was Professor of English at the University of Masachusetts, Amherst, and also for one year at the University of Connecticut, Storrs. Achebe has received numerous honours from around the world, including the Honorary Fellowship of the American Academy and Institute of Arts and Letters, as well as eleven honorary doctorates from universities in England, Scotland, the United States, Canada and Nigeria. In 2007, he won the Man Booker International Prize for Fiction. Achebe lives with his wife in Annandale, New York, where they both teach at Bard College. They have four children.