The Book of Tea (Hardcover) 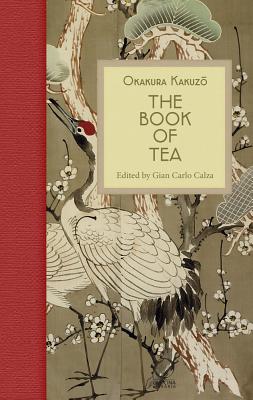 - First thoroughly annotated edition of The Book of Tea, the most important book on tea in the culture of Asia and the tea ceremony, with particular regard to Japan - A classic study of Japanese culture, still widely read over a century after its first publication - Accompanied by a very important essay on Okakura by Gian Carlo Calza who traces the biography and the cultural achievements of the treat Japanese scholar, more loved in the West than in his own countryThe Book of Tea (1906) by Okakura Kakuzō has long become a classic. Its title notwithstanding, the book is not a manual on tea. Rather it is an essay, better a hymn, to culture, aesthetics and the spirit of tea as a symbol, a paradigm, of the Asian soul. It was created by a passionate Japanese scholar whose life was devoted to renew and spread the values of the East in the same moment in which his own country seemed to deny them in order to embrace Western culture. This new edition has an important apparatus of over 200 notes to explain the contents of the book and supply all the information needed to understand it fully (concepts of Eastern philosophy, history, geography, biographical information), something that so far has never been done. It also contains an important essay by Giancarlo Calza on Okakura and his role to foster intercultural understanding and the development of spirituality through the aesthetics and practice of the tea ceremony as a style of life.

Gian Carlo Calza is a leading authority in Japanese art and aesthetics. He was a professor of Asian Art History at Ca' Foscari University of Venice and director of the International Hokusai Research Centre in Milan. His books and catalogues on Japan have been published in various languages. Among the most important of them are: L'incanto sottile del dramma no (1975, 1983), Hokusai Paintings (1994), Tanaka Ikko (Phaidon, 1997), Japan Style (2002, Phaidon 2006) Hokusai 1999, (Phaidon 2003), Ukiyo-e (Phaidon, 2006), Hiroshige (2009); Poem of the Pillow and Other Stories (Phaidon, 2010).Okakura Kakuzō (1863-1913) was a Japanese art critic and scholar who had a great influence on our understanding of Japanese culture. Together wih Ernest Fenollosa, an American professor at Tokyo Imperial University, he was instrumental in defending Japan's traditional art forms which, during the Mejii period, were put in peril by modernization and the new political structure which severed Buddhist temples from state protection. After setting up a fine arts school based on tradition, and traveling throughout Japan to study its art, he frequently traveled to Asia and the United States. At the turn of the century he became curator of the Oriental Art department of the Boston Museum of Fine Arts. Several of his books were written directly in English: among them The Ideals of the East (1903), The Awakening of Japan (1904), and The Book of Tea (1906).