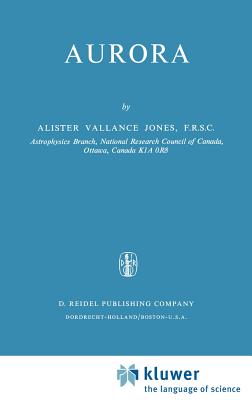 Over the past two decades auroral science has developed from a somewhat mysterious and imprecise specialty into a discipline central in the study of the ionosphere and magnetosphere. The investigation of aurora unites scientists with very different backgrounds and interests so that it is difficult to write a self-contained account of the field in a book of reasonable length. In this work I have attempted to include those aspects of theory which I have found valuable in predicting the effects on the atmosphere of auroral particle precipitation. In addition I have attempted to describe the techniques of observation with particular emphasis on optical methods which have been useful. While the aeronomy of aurora has been regarded as central, the mechanisms by which particles are accelerated and precipitated into the atmosphere is of no less interest. This aspect of the subject has however been treated in a briefer fashion since it is a part of the immense and rapidly developing field of magnetospheric science. Generally I have attempted to provide a coherent introduction to auroral science with an emphasis on relatively simple physical interpretations and models. References are given to enable the reader to find more extensive or rigorous discussions of particular topics. A fairly complete, quantitative atlas of the auroral spectrum is included.