Transport Across the Boundaries of the Magnetosphere: Proceedings of an Issi Workshop October 1-5, 1996, Bern, Switzerland (Paperback) 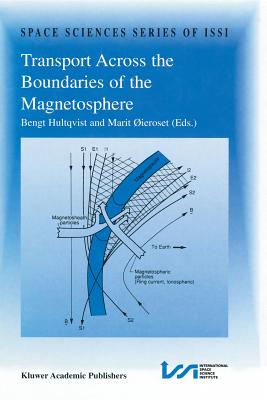 This is book number 2 in the Space Sciences Series of Issi series.

The present volume is the second one in the Space Sciences Series of ISSI (Inter- national Space Science Institute) and the October 1997 issue of Space Science Reviews. It contains the proceedings of the first workshop in the ISSI study project on "Source and Loss Processes of Magnetospheric Plasma", which was held at ISSI in Bern on October 1-5, 1996. The participants in the project, the project team, numbered at that time 51, of whom 45 participated in the workshop. The main tasks of the first workshop were to provide a basis for the further work by means of presentation and discussion of those 16 review papers which are pub- lished in this volume and to prepare plans for the work of six working groups in the year up to the second workshop in October 1997. The ISSI study project on "Source and Loss Processes of Magnetospheric Plas- ma" was selected by ISSI in December 1995 as the first in the solar-terrestrial physics field after consulting a number of groups of senior scientists represent- ing the international space physics community at large. The undersigned, Bengt Hultqvist, is the project leader. A Core Group, consisting of two co-chairs for each of six working groups and four ex-officio members from the Space Science Com- mittee of ISSI (H. Balsiger, A. Galeev, G. Haerendel, and D. Southwood), con- vened at ISSI in March 1996.