The Regency of Tunis, 1535-1666: Genesis of an Ottoman Province in the Maghreb (Hardcover) 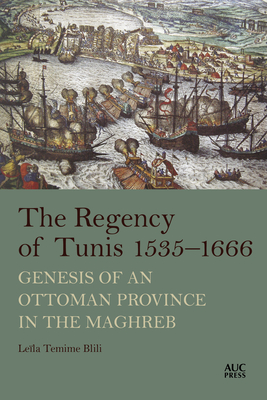 A new history of Ottoman Tunis The first Ottoman conquest of Tunis took place in 1534 under the command of Kheireddine Barbarossa. However, it was not until 1574 that the Ottomans finally wrested control of the former Hafsid Ifriqiya (modern-day Tunisia), retaining it until the French occupation of Tunisia in 1881. The Regency of Tunis was thus born as an imperial province, and individuals originating from throughout the vast territory of the Ottoman Empire settled there, rapidly creating a new elite via marriage with women from local notable families. This book studies the former Hafsid territory's position within the Ottoman world and the social developments that accompanied the genesis of the united Regency of Tunis until the death of Hamouda Pasha. On the social plane, who were these Turko-Ottomans who were able to drive the Hafsid kings from their throne? Were they noble officers, as is so often remembered? The sources paint a different picture: one of rogues from distant Anatolia, and captives of corsairs from across the Mediterranean. These men expanded privateering for their own profit, seizing the country's riches for themselves and monopolizing exports to Europe. Le la Blili revisits the conventional historiography of Ottoman Tunisia, widely considered by historians to be an autonomous province ruled by a dominant class of Turko-Ottomans cut off from local society. She shows that the Regency of Tunis was much less autonomous than secondary scholarship has alleged and, through her analysis of the marriages of these Turko-Ottomans, that they were in fact well-integrated into the local population. In doing so, she also illuminates the place of kinship ties in the establishing of inheritances, access to spheres of power, and the very acquisition of titles of nobility.