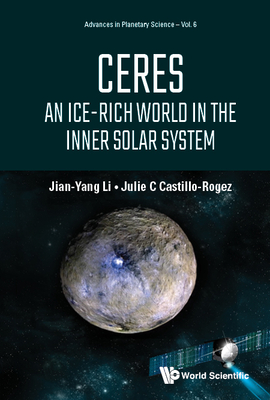 Thanks to NASA's Dawn mission, the last half-decade has witnessed a significant advance in our understanding of Ceres. The largest object between the orbits of Mars and Jupiter, Ceres is the most water-rich body in the inner solar system after Earth which shows evidence of brine-driven activity in its recent history, and even possibly at the present. The potential existence of a subsurface ocean or regional seas in Ceres and its salt- and organic-rich composition underscore its astro-biological significance. After signaling the discovery of the asteroid belt more than two centuries ago, Ceres once again reveals new insights for us to understand the formation, evolution, and habitability of this large icy body in our solar system.This book reviews the current state of knowledge about Ceres after the extensive scientific exploration by the Dawn mission. Starting from the introduction of the discovery of Ceres and what we know about this enigmatic world before Dawn's arrival, each chapter focuses on one aspect of Ceres, including its surface composition, its geology, the role of water ice in shaping Ceres's surface, its interior structure, and expressions of cryovolcanic or brine activity at the surface. Following this framework, the book addresses the astro-biological significance of Ceres. The last chapter summarizes the new questions opened by the Dawn mission and the next step to exploring the dwarf planet closest to Earth.Related Link(s)