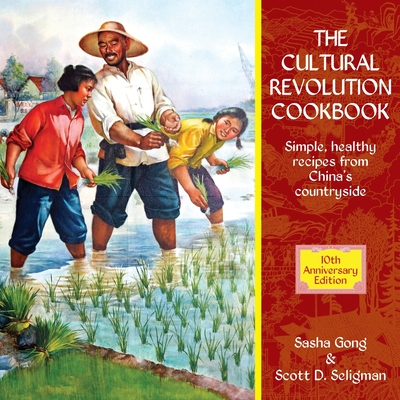 Ten years ago, Sasha Gong and Scott D. Seligman collaborated on a groundbreaking cookbook that told the story of China's chaotic Cultural Revolution (1966-76) through its cuisine. During that period, approximately 17 million city youth were "sent down" to the countryside to "learn from the peasants," and they discovered that toil in the communes was arduous and food was scarce. But many also learned that remarkably tasty and healthy dishes could be prepared with the fresh, wholesome ingredients available down on the farm. They learned to coax peak flavors and maximum nourishment out of unprocessed foods, fresh from the fields, ponds and streams and devoid of artificial preservatives.

The Cultural Revolution Cookbook, which told their stories, immediately became the best-selling Chinese cookbook on Amazon.com and quickly sold out its first print run. The authors were not prepared for the incredible success it has enjoyed since then.

Now, in a Tenth Anniversary Edition, the authors have taken suggestions from readers and added new material. The recipes are all entirely authentic and easy to prepare in an American kitchen. Many are vegetarian, and none of them requires exotic ingredients. You can find everything you need in a well-stocked grocery store. The step-by-step instructions are easy to follow, and short cuts and substitutions are suggested.

Readers are also treated to many inspirational stories - about Chinese food, about the Cultural Revolution and about living in the Chinese countryside - bringing the wonderful recipes, and that extraordinary era, to life.