The Writer's Crusade: Kurt Vonnegut and the Many Lives of Slaughterhouse-Five (Compact Disc) 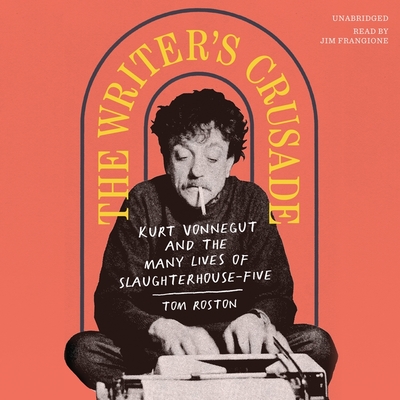 The story of Kurt Vonnegut and Slaughterhouse-Five, an enduring masterpiece on trauma and memory

Kurt Vonnegut was twenty years old when he enlisted in the United States Army. Less than two years later, he was captured by the Germans in the single deadliest US engagement of the war, the Battle of the Bulge. He was taken to a POW camp, then transferred to a work camp near Dresden, and held in a slaughterhouse called Schlachthof F nf where he survived the horrific firebombing that killed thousands and destroyed the city.

To the millions of fans of Vonnegut's great novel Slaughterhouse-Five, these details are familiar. They're told by the book's author/narrator, and experienced by his enduring character Billy Pilgrim, a war veteran who has come unstuck in time. Writing during the tumultuous days of the Vietnam conflict, with the novel, Vonnegut had, after more than two decades of struggle, taken trauma and created a work of art, one that still resonates today.

In The Writer's Crusade, author Tom Roston examines the connection between Vonnegut's life and Slaughterhouse-Five through his work, his personal history, and discarded drafts of the novel, as well as original interviews with the writer's family, friends, scholars, psychologists, and other novelists including Karl Marlantes, Kevin Powers, and Tim O'Brien. The Writer's Crusade is a literary and biographical journey that probes fundamental questions about trauma, creativity, and the power of storytelling.