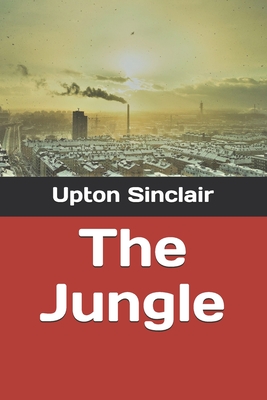 By Upton Sinclair
$14.49
Not available to order
(This book cannot be returned.)

A Place of Inhumane Living and Working Conditions.Working-class poverty, harsh and unbearable working and living conditions, absence of any social support, and hopelessness among workers such are the difficult situations that are written in detail by Sinclair.

The author was exposing the terrible conditions that workers had to endure in the Chicago Stockyards. The story is about an Indo-American immigrant Jurgis Rudkus who came to the United States together with his extended family in pursuit of the American dream. They settled in Packingtown, a small town in Chicago.

Jurgis and his family face very tough and chaotic conditions which amount to the deaths of some family members as they struggle to survive. They have to work in inhumane conditions and when at one point Jurgis is injured and takes 3 months to recuperate, he has no pay and this strains his family. Besides, he loses his job and has to struggle with getting another. At this point, he even results in drinking.

The author shows how the life of Jurgis became miserable after all the struggles he went through. How he saw helpless deaths among his family members. How he joined the Union in a bid to protest about the inhumane working condition only to be shocked by the magnitude of corruption in the sector.

The Jungle Sinclair displays how packingtown is an urban jungle by being unforgiving, catastrophic, and cruel. This he wrote in details in the following:

Ona is raped by her boss.Jurgis imprisonment after attacking Connor.Ona and the unborn child die in premature labor.Jurgis takes to drinking.Jurgis ditch his family after Antanas' death.Jurgis land behind bars again and again.Jurgis renewed hope.

Upton Sinclair was an American Journalist and novelist. He was born on September 20, 1878 and died on November 25, 1968. He was a renown to expose corruption both in business and the government. He published the book in series in 1905 in a Socialist newspaper. The novel itself was published on February 26, 1906.