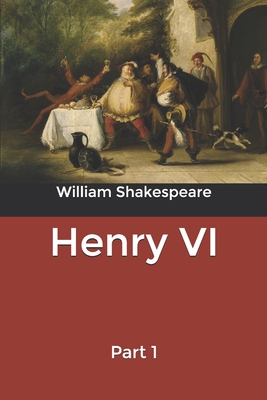 The play begins with the funeral of Henry V, who has died unexpectedly in his prime. As his brothers, the Dukes of Bedford and Gloucester, and his uncle, the Duke of Exeter, lament his passing and express doubt as to whether his son (the as yet uncrowned heir apparent Henry VI) is capable of running the country in such tumultuous times, word arrives of military setbacks in France. A rebellion, led by the Dauphin Charles, is gaining momentum, and several major towns have already been lost. Additionally, Lord Talbot, Constable of France, has been captured. Realising a critical time is at hand, Bedford immediately prepares himself to head to France and take command of the army, Gloucester remains in charge in England, and Exeter sets out to prepare young Henry for his forthcoming coronation.Meanwhile, in Orl ans, the English army is laying siege to Charles' forces. Inside the city, the Bastard of Orl ans approaches Charles and tells him of a young woman who claims to have seen visions and knows how to defeat the English. Charles summons the woman, Joan la Pucelle (i.e. Joan of Arc). To test her resolve, he challenges her to single combat. Upon her victory, he immediately places her in command of the army. Outside the city, the newly arrived Bedford negotiates the release of Talbot, but immediately, Joan launches an attack. The French forces win, forcing the English back, but Talbot and Bedford engineer a sneak attack on the city, and gain a foothold within the walls, causing the French leaders to flee.