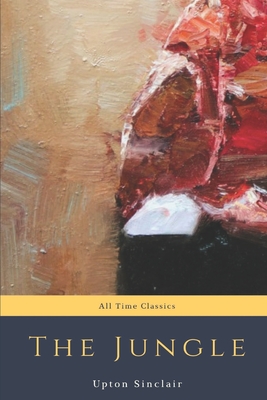 By Upton Sinclair
$15.99
Out of Stock; Usually Arrives in 5-7 Days
(This book cannot be returned.)

Upton Sinclair, in full Upton Beall Sinclair, (born September 20, 1878, Baltimore, Maryland, U.S.-died November 25, 1968, Bound Brook, New Jersey), prolific American novelist and polemicist for socialism, health, temperance, free speech, and worker rights, among other causes. His classic muckraking novel The Jungle (1906) is a landmark among naturalistic proletarian work, one praised by fellow socialist Jack London as "the Uncle Tom's Cabin of wage slavery." The Jungle, novel by Upton Sinclair, published serially in 1905 and as a single-volume book in 1906. The most famous, influential, and enduring of all muckraking novels, The Jungle was an expos of conditions in the Chicago stockyards. Because of the public response, the U.S. Pure Food and Drug Act was passed in 1906, and conditions in American slaughterhouses were improved. The main plot of The Jungle follows Lithuanian immigrant Jurgis Rudkus, who came to the United States in the hope of living the American dream, and his extended family, which includes Ona, Jurgis's wife; Elzbieta, Ona's stepmother; Elzbieta's six children; Marija, Ona's cousin; and Dede Rudkus, Jurgis's father. They all live in a small town named Packingtown in Chicago. The title of Sinclair's novel describes the savage nature of Packingtown. Jurgis and his family, hoping for opportunity, are instead thrown into a chaotic world that requires them to constantly struggle in order to survive. Packingtown is an urban jungle: savage, unforgiving, and unrelenting. After being scammed into renting a barely livable house, they get to work. As winter comes, the conditions at each of their places of work become even more dangerous. Dede dies. Jurgis responds to these terrible working conditions by joining a labour union. His membership reveals to him the corruption deeply embedded in the factory system, which prompts him to take English classes in the hopes of promotion. Ona gives birth to a boy who is named Antanas, and she is forced to return to work just a week later. After suffering a sprained ankle from a work-related accident, Jurgis is bedridden for three months without pay; this lack of income puts a massive strain on his family. During this time, one of Elzbieta's children dies of food poisoning. Jurgis, finally recovered, tries to find work, but, after three months of being sedentary, he has lost some of his strength, causing all the factories to deny him work. Eventually he gets a job at a fertilizer plant-the worst possible job, because the chemicals used there kill most workers after a few years. Jurgis takes to alcohol. Ona is pregnant for a second time and, after returning home late one night from work, is revealed to have been raped by her boss, Phil Connor. Jurgis finds and attacks Connor and then is jailed for a month. Jurgis meets Jack Duane, who is a criminal; the two become friends. When Jurgis is released from prison, he finds that his family has been evicted from their house. When he finds them, he discovers Ona prematurely in labour. Both she and the child die. Jurgis, defeated, goes on a drinking binge. Invoking Antanas's needs, Elzbieta finally convinces Jurgis to find another job. A wealthy woman takes interest in the family and provides Jurgis with a job at a steel mill. Jurgis feels renewed hope; he has dedicated himself entirely to Antanas. However, Jurgis's life is shattered once again when he arrives home to find Antanas drowned in a mud puddle outside their house.