This Deceit of Ours (Paperback) 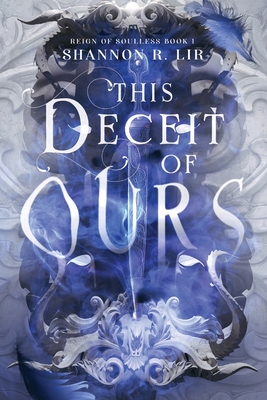 Seductive and filled with unpredictable twists, This Deceit of Ours is the first book in a new dark fantasy romance series.

Deceive the Daemon King. Trust no one. Don't fall in love.

Sersa Sc th has been trying to bite her sharp tongue ever since she stole her clan's magic. It was an accident-her tempestuous moods to blame-but it doesn't stop them from calling her the Mad Heir. Her only escape from the whispers is the City of Soulless, with its rundown pubs, swanky betting halls, and places of pleasure aplenty.

But no mortal is safe in the city that straddles the lands of the living and the dead. Especially at Reaping Hour when the spirits of the restless dead hunt for souls...

A Gilder noble by birth and son of the Daemon King, Nessin Drumghoul controls a sea of secrets that could destroy any one of the noble houses. He even has the perfect secret to persuade Sersa into posing as his betrothed: the truth about her missing father. But why Nessin wants her help remains a mystery no matter how much Sersa pries.

Though Sersa senses a malicious motive driving Nessin, their attraction to one another is undeniable. Irrepressible. Dangerous. Neither can afford to lose sight of what's on the line if their fake betrothal is discovered. And as the line between deception and reality blurs, their ruse begins to fall apart, threatening to destroy them both.

Book 1 ends on a cliffhanger.