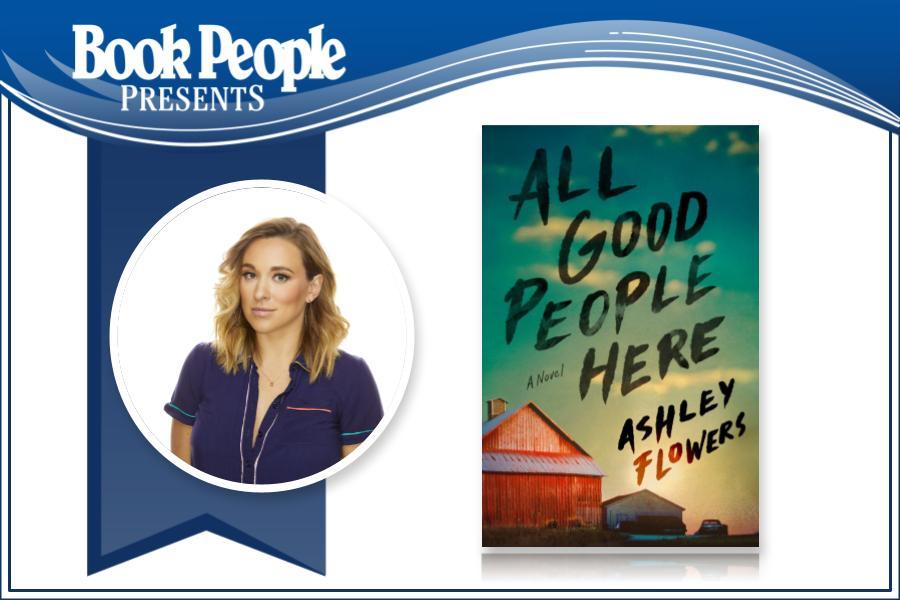 Join us in celebrating Ashley Flowers’s new book All Good People Here! The event will only include a meet & greet line.

ABOUT ALL GOOD PEOPLE HERE

In the propulsive debut novel from the host of the #1 true crime podcast Crime Junkie, a journalist uncovers her hometown’s dark secrets when she becomes obsessed with the unsolved murder of her childhood neighbor—and the disappearance of another girl twenty years later.

You can’t ever know for sure what happens behind closed doors.

Everyone from Wakarusa, Indiana, remembers the infamous case of January Jacobs, who was discovered in a ditch hours after her family awoke to find her gone. Margot Davies was six at the time, the same age as January—and they were next-door neighbors. In the twenty years since, Margot has grown up, moved away, and become a big-city journalist. But she’s always been haunted by the feeling that it could’ve been her. And the worst part is, January’s killer has never been brought to justice.

When Margot returns home to help care for her uncle after he is diagnosed with early-onset dementia, she feels like she’s walked into a time capsule. Wakarusa is exactly how she remembers—genial, stifled, secretive. Then news breaks about five-year-old Natalie Clark from the next town over, who’s gone missing under circumstances eerily similar to January’s. With all the old feelings rushing back, Margot vows to find Natalie and to solve January’s murder once and for all.

But the police, Natalie’s family, the townspeople—they all seem to be hiding something. And the deeper Margot digs into Natalie’s disappearance, the more resistance she encounters, and the colder January’s case feels. Could January’s killer still be out there? Is it the same person who took Natalie? And what will it cost to finally discover what truly happened that night twenty years ago?

Twisty, chilling, and intense, All Good People Here is a searing tale that asks: What are your neighbors capable of when they think no one is watching?

Ashley Flowers is the founder and chief executive officer of audiochuck, the award-winning, independent media and podcast production company known for its standout content and storytelling across different genres such as true crime, fiction, comedy, among others. She also hosts and produces several audiochuck shows, including the top-rated podcast Crime Junkie. In addition to her work with audiochuck, Flowers has collaborated with Parcast to launch and host several podcasts, including International Infamy, Very Presidential, and Supernatural with Ashley Flowers, which debuted at number one on the podcast charts. Flowers was born and raised in Indiana, where she continues to live with her husband and their beloved dog, Chuck.

Thank you for supporting Ashley Flowers and your local independent bookstore!