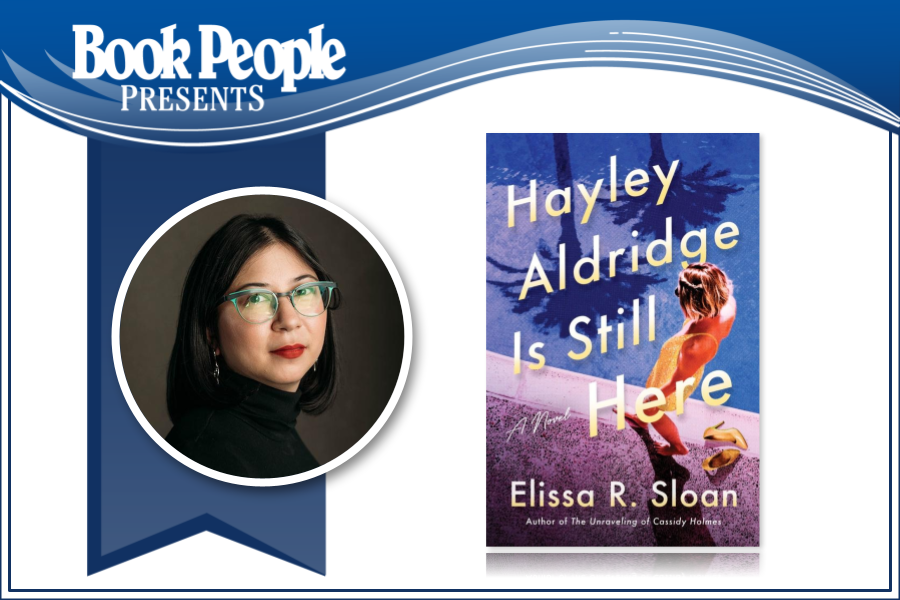 Join us in celebrating Elissa R. Sloan’s new book Hayley Aldridge Is Still Here! She will be in conversation with Amanda Bestor-Siegal. The event will include a moderated discussion, an audience Q&A, and a signing line.

ABOUT HAYLEY ALDRIDGE IS STILL HERE

From the author of The Unraveling of Cassidy Holmes comes yet another sharp, page-turning novel about a forgotten child star and former Hollywood “It” Girl who is now fighting back against the conservatorship that has controlled her life for the past decade.

It’s been years since anyone really thought about Hayley Aldridge. A child star turned television royalty, Hayley spent years in Hollywood partying and being plastered across the front page of all the tabloids before quietly disappearing after a whirlwind marriage and divorce and very public breakdown. Once the tabloids wrung every last drop out of the drama, they moved on to the next It Girl. But Hayley is still here.

For over a decade, she’s been trapped in a conservatorship and had every aspect of her life controlled by her parents. She goes nowhere, does nothing without their approval, which is rarely granted. Her visits with her kids are monitored, her fan mail is censored, and she’s a prisoner in her own home. She thought things might change once she was well enough to work, but the restrictions got even tighter as she continued to bring money in—the only thing her parents ever really cared about. Hayley is beginning to realize that this nightmare is her actual life. And she’s sick of it.

When the hashtag #helphayley starts to emerge on social media, and the public starts thinking critically about what happened to her all those years ago, there’s finally some momentum on her side. With an upcoming court date to review the status of the conservatorship, Hayley might finally have a chance to break free.

But how can she go up against her parents when they’re aware of her every move? It’s time for Hayley Aldridge to remind the world who she is, this time on her own terms.

Elissa R. Sloan is a Texas-native Japanese-American with a penchant for reading books and celebrity gossip. She lives in Austin with her husband and three cats in a house with a rolling library ladder.

Amanda Bestor-Siegal received her M.F.A. from the Michener Center for Writers, University of Texas, specializing in fiction and screenwriting. Her nonfiction work has been published in The Threepenny Review, River Teeth, and Literary Hub. Amanda lived in France for four years before relocating to Austin, Texas. The Caretakers is her first novel.