EVENT: ALISON MACOR - Making the Best Years of Our Lives 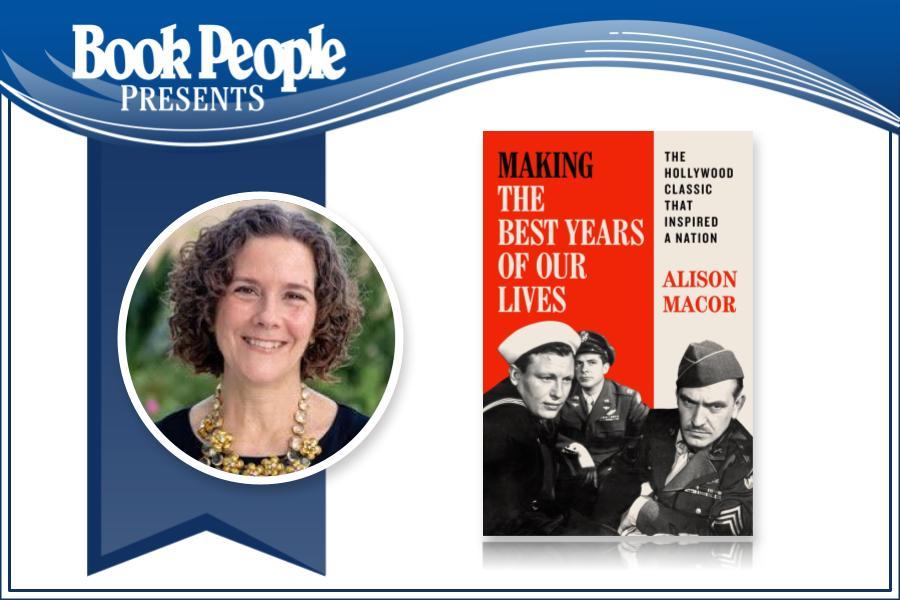 ABOUT MAKING THE BEST YEARS OF OUR LIVES

Released in 1946, The Best Years of Our Lives became an immediate success. Life magazine called it “the first big, good movie of the post-war era” to tackle the “veterans problem.” Today we call that problem PTSD, but in the initial aftermath of World War II, the modern language of war trauma did not exist. The film earned the producer Samuel Goldwyn his only Best Picture Academy Award. It offered the injured director, William Wyler, a triumphant postwar return to Hollywood. And for Harold Russell, a double amputee who costarred with Fredric March and Dana Andrews, the film provided a surprising second act.

Award-winning author Alison Macor illuminates the film’s journey from script to screen and describes how this authentic motion picture moved audiences worldwide. General Omar Bradley believed The Best Years of Our Lives would help “the American people to build an even better democracy” following the war, and the movie inspired broad reflection on reintegrating the walking wounded. But the film’s nuanced critique of American ideals also made it a target, and the picture and its creators were swept up in the anti-Communist witch hunts of the late 1940s. In this authoritative history, Macor chronicles the making and meaning of a film that changed America.

Alison Macor received a Public Scholars grant from the National Endowment for the Humanities for her latest book Making The Best Years of Our Lives: The Hollywood Classic That United a Nation (University of Texas Press, 2022), about the making of the 1946 blockbuster and winner of nine Academy Awards. She’s also the author of Rewrite Man: The Life and Career of Screenwriter Warren Skaaren (UT Press, 2017) and Chainsaws, Slackers, and Spy Kids: Thirty Years of Filmmaking in Austin, Texas, which won the 2012 Peter C. Rollins Book of the Year Award. She holds a PhD in film history and taught for more than 20 years at the college level. A former film critic, she currently works as an Austin-based freelance writer and ghostwriter.

Caroline Frick is an Associate Professor in the Radio-TV-Film Department at The University of Texas at Austin. She is also the founder and Executive Director of the Texas Archive of the Moving Image, an organization devoted to the discovery and preservation of media related to the state. Prior to her work in Texas, Dr. Frick worked in film preservation at Warner Bros., the Library of Congress, and the National Archives in Washington, D.C.

Thank you for supporting Alison Macor, Caroline Frick, and your local independent bookstore!