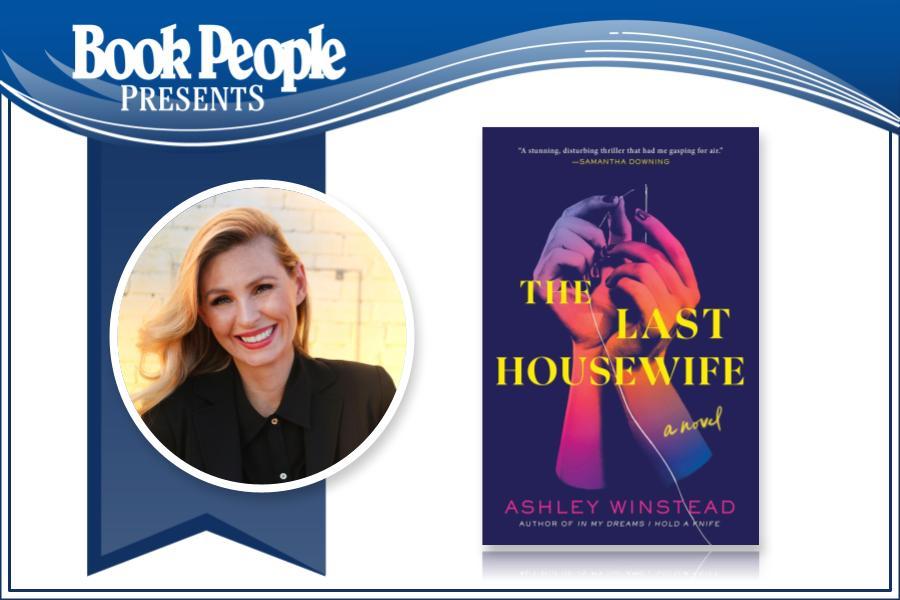 The Last Housewife: A Novel (Hardcover)

Join us in celebrating Ashley Winstead’s new book The Last Housewife! She will be in conversation with Amy Gentry. The event will include a moderated discussion, an audience Q&A, and a signing line.

From the author of the acclaimed In My Dreams I Hold a Knife comes a pitch-black thriller about a woman determined to destroy a powerful cult and avenge the deaths of the women taken in by it, no matter the cost.

While in college in upstate New York, Shay Evans and her best friends met a captivating man who seduced them with a web of lies about the way the world works, bringing them under his thrall. By senior year, Shay and her friend Laurel were the only ones who managed to escape. Now, eight years later, Shay's built a new life in a tiny Texas suburb. But when she hears the horrifying news of Laurel's death―delivered, of all ways, by her favorite true-crime podcast crusader―she begins to suspect that the past she thought she buried is still very much alive, and the predators more dangerous than ever.

Recruiting the help of the podcast host, Shay goes back to the place she vowed never to return to in search of answers. As she follows the threads of her friend's life, she's pulled into a dark, seductive world, where wealth and privilege shield brutal philosophies that feel all too familiar. When Shay's obsession with uncovering the truth becomes so consuming she can no longer separate her desire for justice from darker desires newly reawakened, she must confront the depths of her own complicity and conditioning. But in a world built for men to rule it―both inside the cult and outside of it―is justice even possible, and if so, how far will Shay go to get it?

Ashley Winstead is an academic turned novelist with a Ph.D. in contemporary American literature. She lives in Houston with her husband, two cats, and beloved wine fridge. She is the author of the thrillers In My Dreams I Hold a Knife and The Last Housewife, as well as the romance Fool Me Once. You can find her at www.ashleywinstead.com.

Amy Gentry is the author of the bestselling thriller Good as Gone, a New York Times Editors’ Choice, Last Woman Standing, and Bad Habits. She has also written a nonfiction book of music criticism called Tori Amos’s Boys for Pele. Her essays and criticism have appeared in the Chicago Tribune, Austin Chronicle, Paris Review, Los Angeles Review of Books, Texas Observer, CrimeReads, Guardian, Salon.com, and many more outlets. She holds a PhD in English and lives in Austin, Texas.

Thank you for supporting Ashley Winstead, Amy Gentry, and your local independent bookstore!