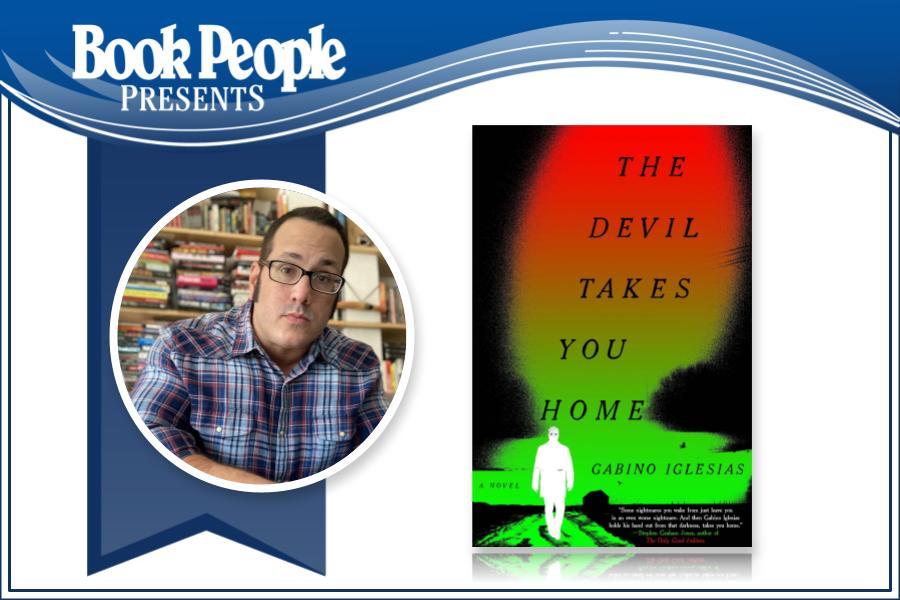 The Devil Takes You Home: A Novel (Hardcover)

Join us in celebrating Gabino Iglesias’s new book The Devil Takes You Home! He will be in conversation with May Cobb. The event will include a moderated discussion, a reading, an audience Q&A, and a signing line.

EVENT INFO:
EVENT GUIDELINES:
ABOUT THE DEVIL TAKES YOU HOME

From an award-winning author comes a genre-defying thriller about a father desperate to salvage what's left of his family—even if it means a descent into violence.

Buried in debt due to his young daughter’s illness, his marriage at the brink, Mario reluctantly takes a job as a hitman, surprising himself with his proclivity for violence. After tragedy destroys the life he knew, Mario agrees to one final job: hijack a cartel’s cash shipment before it reaches Mexico. Along with an old friend and a cartel-insider named Juanca, Mario sets off on the near-suicidal mission, which will leave him with either a cool $200,000 or a bullet in the skull. But the path to reward or ruin is never as straight as it seems. As the three complicated men travel through the endless landscape of Texas, across the border and back, their hidden motivations are laid bare alongside nightmarish encounters that defy explanation. One thing is certain: even if Mario makes it out alive, he won’t return the same.

The Devil Takes You Home is a panoramic odyssey for fans of S.A. Cosby’s southern noir, Blacktop Wasteland, by way of the boundary-defying storytelling of Stephen Graham Jones and Sylvia Moreno-Garcia.

Gabino Iglesias is a writer, journalist, professor, and literary critic living in Austin, TX. He is also the author of the critically acclaimed and award-winning novels Zero Saints and Coyote Songs. Iglesias' nonfiction has appeared in the New York Times, the Los Angeles Times, Electric Literature, and LitReactor, and his reviews appear regularly in places like NPR, Publishers Weekly, the San Francisco Chronicle, the Boston Globe, Criminal Element, Mystery Tribune, Vol. 1 Brooklyn, and the Los Angeles Review of Books. He's been a juror for the Shirley Jackson Awards twice and the Millions Tournament of Books, and is a member of the Horror Writers Association, the Mystery Writers of America, and the National Book Critics Circle.

May Cobb earned her MA in literature from San Francisco State University, and her essays and interviews have appeared in The Washington Post, Texas Highways, Austin Monthly, and The Rumpus. Her previous novels are My Summer Darlings and The Hunting Wives.

Thank you for supporting Gabino Iglesias, May Cobb, and your local independent bookstore!

Aaron H. Aceves: This is Why They Hate Us

New & Noteworthy Book Club: My Heart Is a Chainsaw