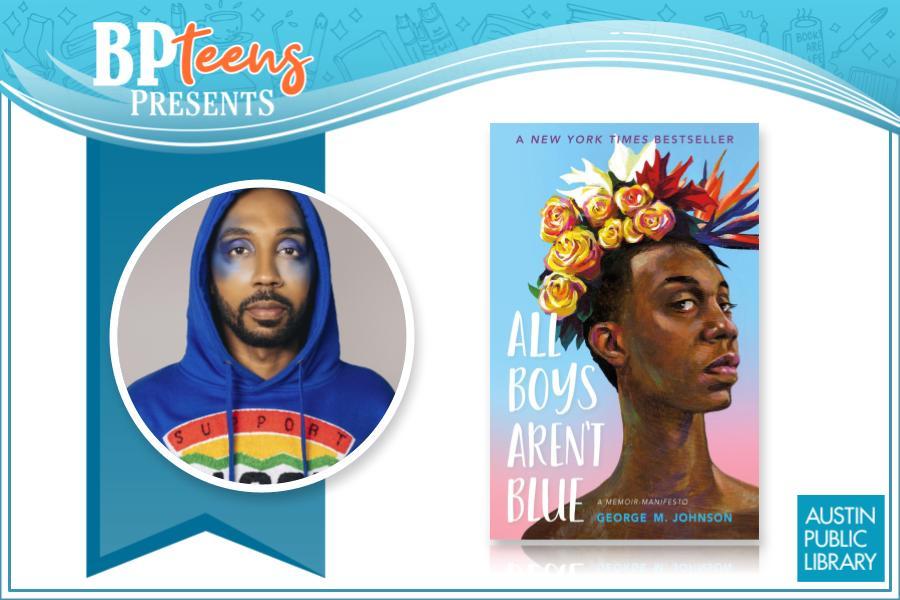 Join BookPeople and Austin Public Library for a conversation with George M. Johnson and Patrice Caldwell in honor of the 2-year anniversary of All Boys Aren't Blue!

About All Boys Aren't Blue

In a series of personal essays, prominent journalist and LGBTQIA+ activist George M. Johnson explores his childhood, adolescence, and college years in New Jersey and Virginia. From the memories of getting his teeth kicked out by bullies at age five, to flea marketing with his loving grandmother, to his first sexual relationships, this young-adult memoir weaves together the trials and triumphs faced by Black queer boys.

Both a primer for teens eager to be allies as well as a reassuring testimony for young queer men of color, All Boys Aren't Blue covers topics such as gender identity, toxic masculinity, brotherhood, family, structural marginalization, consent, and Black joy. Johnson's emotionally frank style of writing will appeal directly to young adults.

George M. Johnson is a writer and activist based in New York. They have written on race, gender, sex, and culture for Essence, the Advocate, BuzzFeed News, Teen Vogue, and more than forty other national publications. George has appeared on BuzzFeed’s AM2DM as well as on MSNBC. All Boys Aren’t Blue is their debut, and was an Amazon Best Book of the Year, an Indie Bestseller, a People Magazine Best Book of the Year, and optioned for television by Gabrielle Union. The New York Times called it "an exuberant, unapologetic memoir infused with a deep but cleareyed love for its subjects." At the time of publication, George used he/him pronouns. Speak with them on Twitter:
@IamGMJohnson. iamgmjohnson.com

Thank you for supporting George M. Johnson and your local independent bookstore!