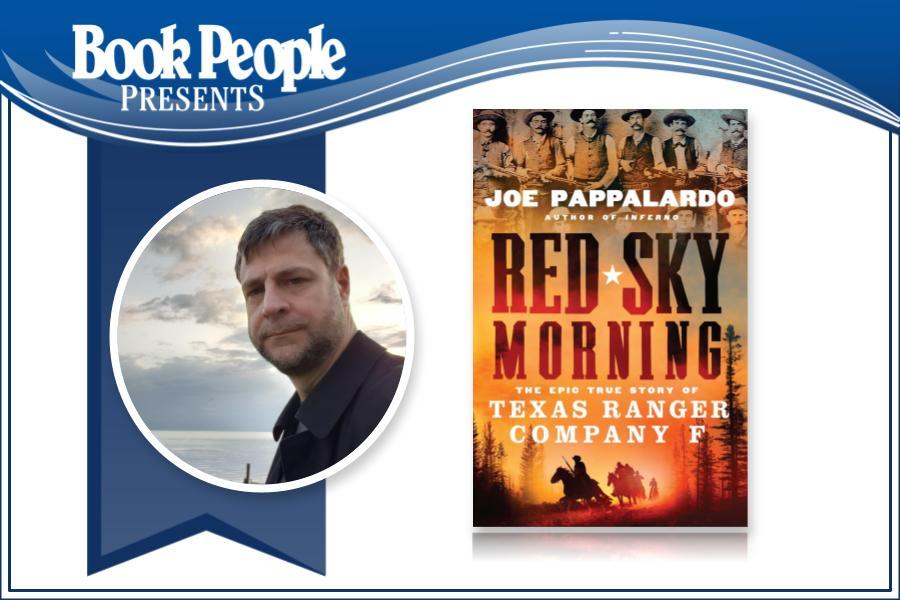 The explosive and bloody true history of Texas Rangers Company F, made up of hard men who risked their lives to bring justice to a lawless frontier.

Between 1886 and 1888, Sergeant James Brooks, of Texas Ranger Company F, was engaged in three fatal gunfights, endured disfiguring bullet wounds, engaged in countless manhunts, was convicted of second-degree murder, and rattled Washington, D.C. with a request for a pardon from the US president. His story anchors the tale of Joe Pappalardo's Red Sky Morning, an epic saga of lawmen and criminals set in Texas during the waning years of the “Old West.”

Alongside Brooks are the Rangers of Company F, who range from a pious teetotaler to a cowboy fleeing retribution for killing a man. They are all led by Captain William Scott, who cut his teeth as a freelance undercover informant but was facing the end of his Ranger career. Company F hunted criminals across Texas and beyond, killing them as needed, and were confident they could bring anyone to “Ranger justice.” But Brooks’ men met their match in the Conner family, East Texas master hunters and jailbreakers who were wanted for their part in a bloody family feud.

The full story of Company F’s showdown with the Conner family is finally being told, with long dead voices being heard for the first time. This truly hidden history paints the grim picture of neighbors and relatives becoming snitches and bounty hunters, and a company of Texas Rangers who waded into the conflict only to find themselves over their heads – and in the fight of their lives.

Joe Pappalardo is the author of four non-fiction books: Sunflowers: The Secret History, Spaceport Earth, Inferno, and (in June 2022) Red Sky Morning. He is a long-time contributor at Popular Mechanics and his work has also appeared in/on Smithsonian Air & Space, National Geographic, and Texas Monthly. He's been a guest on C-SPAN, CNN, MSNBC, and Fox News, and has appeared on several television shows on the History and Science channels, including “101 Weapons that Changed the World,” “Chuck Norris’ Epic Guide to Military Vehicles,” and “History’s Greatest Mysteries.”

Sewell Chan joined The Texas Tribune as editor in chief in October 2021. Previously he was a deputy managing editor and then the editorial page editor at the Los Angeles Times, where he oversaw coverage that was awarded a Pulitzer Prize for editorial writing in 2021. Chan worked at the New York Times from 2004 to 2018, as a metro reporter, Washington correspondent, deputy Op-Ed editor and international news editor. He began his career as a local reporter at the Washington Post in 2000.

Thank you for supporting Joe Pappalardo, Sewell Chan, and your local independent bookstore!