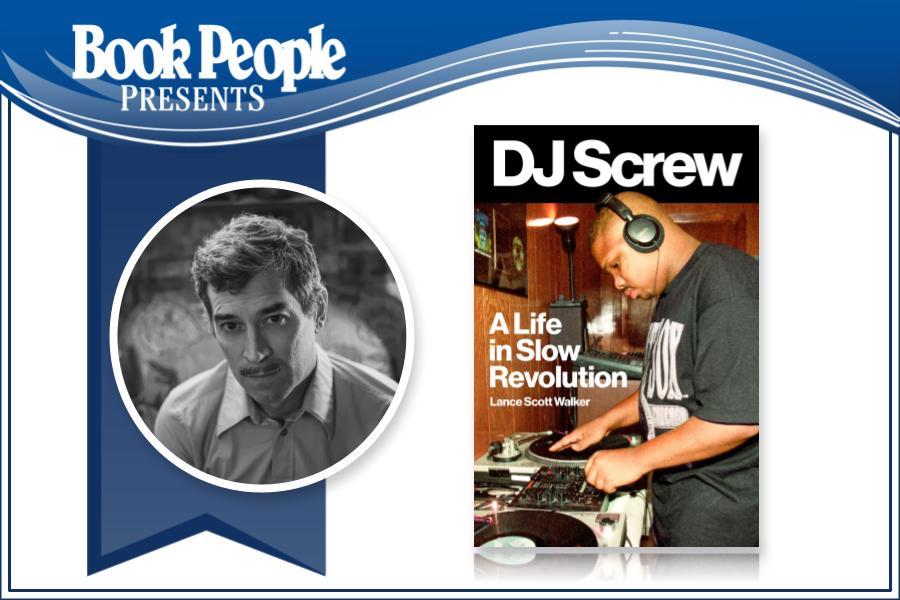 A captivating biography of DJ Screw, whose innovative techniques and homemade tapes remain the foundation of Houston's globally influential hip-hop scene two decades after his death.

DJ Screw, a.k.a. Robert Earl Davis Jr., changed rap and hip-hop forever. In the 1990s, in a spare room of his Houston home, he developed a revolutionary mixing technique known as chopped and screwed. Spinning two copies of a record, Screw would “chop” in new rhythms, bring in local rappers to freestyle over the tracks, and slow the recording down on tape. Soon Houstonians were lining up to buy his cassettes—he could sell thousands in a single day. Fans drove around town blasting his music, a sound that came to define the city’s burgeoning and innovative rap culture. June 27 has become an unofficial city holiday, inspired by a legendary mix Screw made on that date.

Lance Scott Walker has interviewed nearly everyone who knew Screw, from childhood friends to collaborators to aficionados who evangelized Screw’s tapes—millions of which made their way around the globe—as well as the New York rap moguls who honored him. Walker brings these voices together with captivating details of Screw’s craft and his world. More than the story of one man, DJ Screw is a history of the Houston scene as it came of age, full of vibrant moments and characters. But none can top Screw himself, a pioneer whose mystique has only grown in the two decades since his death.

Lance Scott Walker is originally from Texas and is now based in New York. He is the author of Houston Rap Tapes and collaborated on the companion photo book Houston Rap. He has written for the Houston Chronicle, Houston Press, Red Bull Music Academy, Vice, Wondering Sound, Fader, and The Wire.

Bavu Blakes is a Scholar Emcee deliberately walking through the intersection of Hip Hop, education, and spirituality. He is an award-winning education consultant, musician, and author whose picture book El's Mirror (co-authored with his ten-year-old son) is available at BookPeople. Blakes' research goals center the various ways that the Hip Hop generation leverages its resources for today’s generation. His studio collaborators include Grammy winners Adrian Quesada, Symbolyc One, Gary Clark, Jr., Illmind, and more. Accordingly, Austin mayor Steve Adler proclaimed April 23, 2015 as Bavu Blakes Day to a capacity crowd at City Hall.