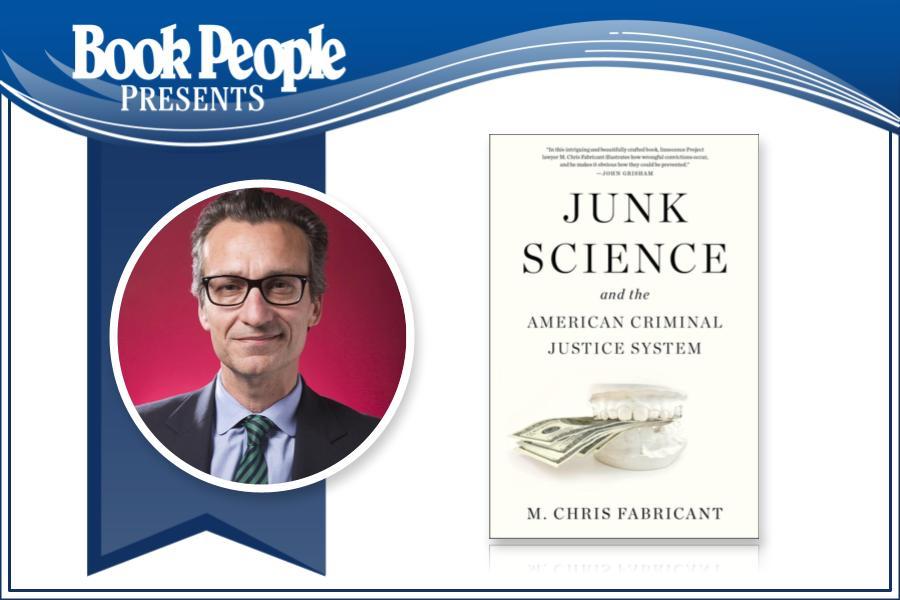 Join us in celebrating M. Chris Fabricant’s new book Junk Science and the American Criminal Justice System! He will be in conversation with Lynn Robitaille Garcia. The event will include a moderated discussion, a reading, an audience Q&A, and a signing line.

ABOUT JUNK SCIENCE AND THE AMERICAN CRIMINAL JUSTICE SYSTEM

From CSI to Forensic Files to the celebrated reputation of the FBI crime lab, forensic scientists have long been mythologized in American popular culture as infallible crime solvers. Juries put their faith in "expert witnesses" and innocent people have been executed as a result. Innocent people are still on death row today, condemned by junk science.

In 2012, the Innocence Project began searching for prisoners convicted by junk science, and three men, each convicted of capital murder, became M. Chris Fabricant's clients. Junk Science and the American Criminal Justice System chronicles the fights to overturn their wrongful convictions and to end the use of the "science" that destroyed their lives. Weaving together courtroom battles from Mississippi to Texas to New York City and beyond, Fabricant takes the reader on a journey into the heart of a broken, racist system of justice and the role forensic science plays in maintaining the status quo.

M. Chris Fabricant is the Innocence Project’s Director of Strategic Litigation and one of the nation’s leading experts on forensic sciences and the criminal justice system. Fabricant is featured in the Netflix documentary The Innocence Files and his public commentary has been published in virtually every major media outlet. A former public defender and clinical law professor, Fabricant brings to his writing over two decades of experience ranging from litigating death penalty cases in the Deep South to misdemeanors in the South Bronx. Born in New York City and raised in Sedona, Arizona, Fabricant has lived in Brooklyn since graduating from George Washington University Law School in 1997. He is the author of Junk Science and the American Criminal Justice System.