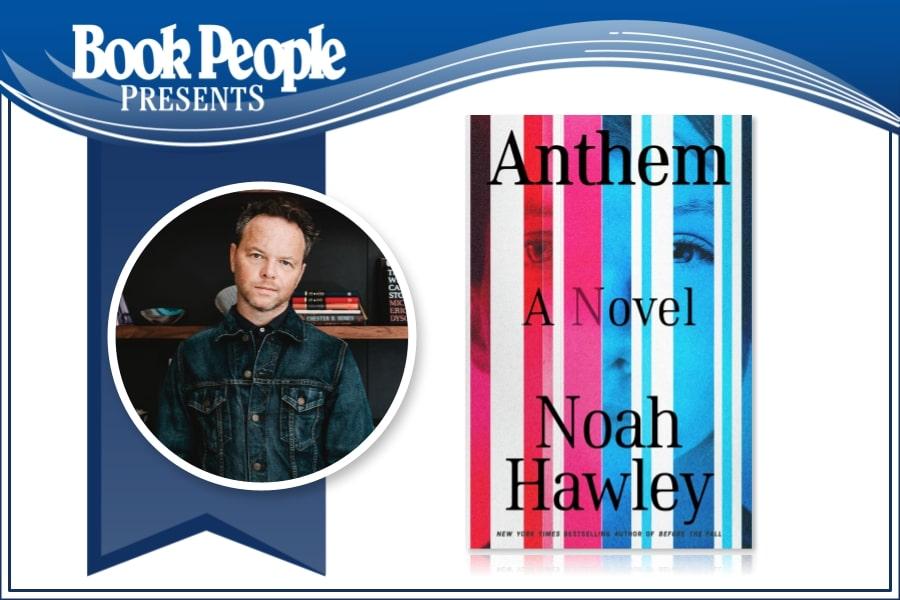 Noah Hawley in conversation with Evan Smith. An event presented in partnership with the Texas Book Festival.

The first big novel of 2022: an epic literary thriller set where America is right now, in which a band of unlikely heroes sets out on a quest to save one innocent life—and might end up saving us all.

Something is happening to teenagers across America, spreading through memes only they can parse.

At the Float Anxiety Abatement Center, in a suburb of Chicago, Simon Oliver is trying to recover from his sister’s tragic passing. He breaks out to join a woman named Louise and a man called The Prophet on a quest as urgent as it is enigmatic. Who lies at the end of the road? A man known as The Wizard, whose past encounter with Louise sparked her own collapse. Their quest becomes a rescue mission when they join up with a man whose sister is being held captive by the Wizard, impregnated and imprisoned in a tower.

Noah Hawley’s new novel is an adventure that finds unquenchable lights in dark corners.  Unforgettably vivid characters and a plot as fast and bright as pop cinema blend in a Vonnegutian story that is as timeless as a Grimm’s fairy tale.  It is a leap into the idiosyncratic pulse of the American heart, written with the bravado, literary power, and feverish foresight that have made Hawley one of our most essential writers.

Award‑winning author Noah Hawley is one of the most accomplished auteurs and versatile storytellers working in television, film and literature. Over the course of his more than 20-year career, Hawley's work as a novelist, screenwriter, series creator, showrunner and director has garnered acclaim—winning an Emmy®, Golden Globe®, PEN, Critics’ Choice, and Peabody Award. As a bestselling author, Hawley has published six novels: A Conspiracy of Tall Men, Other People’s Weddings, The Punch, The Good Father, Before the Fall and the upcoming Anthem.

Evan Smith is the CEO and co-founder of The Texas Tribune, a pioneering nonprofit, nonpartisan digital news organization whose deep coverage of Texas politics and public policy can be found at its website, texastribune.org, and in newspapers and on TV and radio stations across the state. Since its launch in 2009, the Tribune has won international acclaim and numerous honors, including a Peabody Award, 23 national Edward R. Murrow Awards from the Radio Television Digital News Association and three general excellence awards from the Online News Association. Evan is also the host of “Overheard with Evan Smith,” a weekly half-hour interview program that airs on PBS stations around the country. A native of New York, he's a graduate of Hamilton College and Northwestern University's Medill School of Journalism.

Thank you for supporting Noah Hawley and your local independent bookstore!