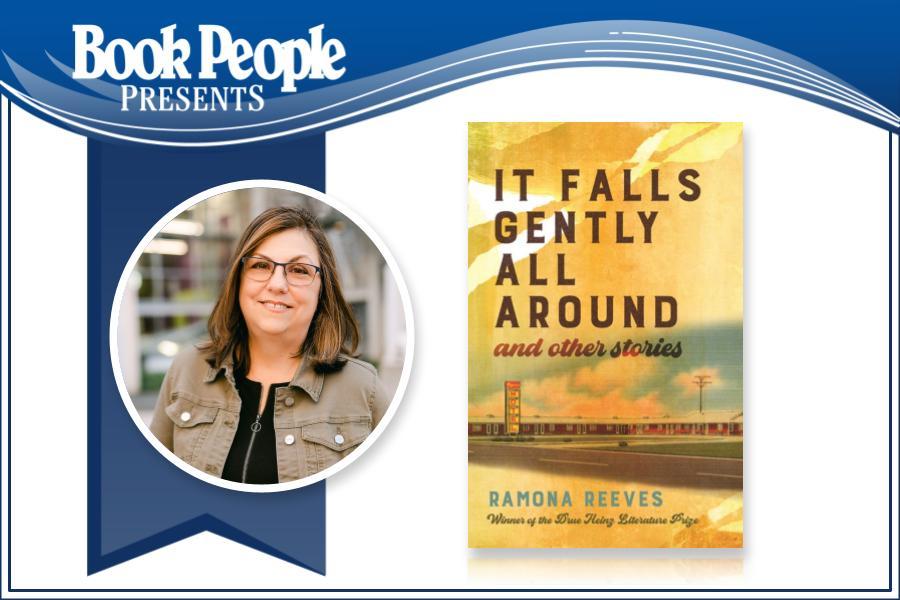 Join us in celebrating Ramona Reeves’s new book It Falls Gently All Around and Other Stories! She will be in conversation with S. Kirk Walsh. The event will include a moderated discussion, a reading, an audience Q&A, and a signing line.

EVENT INFO:
EVENT GUIDELINES:
ABOUT IT FALLS GENTLY ALL AROUND AND OTHER STORIES

Winner of the Drue Heinz Prize for Literature

Happiness and connection prove fickle in this debut collection of eleven linked stories introducing Babbie and Donnie. She is a thrice-divorced former call girl, and he is a sobriety-challenged trucker turned yogi. Along with their community of exes, in-laws, and coworkers, Babbie and Donnie share a longing to reforge their lives, a task easier said than done in Mobile, Alabama, which bears its own share of tainted history. Despite overwhelming challenges and the ever-looming specters of status, race, and class, the characters in It Falls Gently All Around and Other Stories strive for versions of the American dream through modern and often unconventional means. Told with humor and honesty, these stories remind us not only about the fallibility of being human and the resistance of some to change but also about finding redemption in unlikely places.

Ramona Reeves grew up in Alabama. She has won the Nancy D. Hargrove Editors’ Prize, been an A Room of Her Own fellow, and a resident at the Kimmel Nelson Harding Center for the Arts. Her writing has appeared in the Southampton Review, New South, Bayou Magazine, Texas Highways, and others.

S. Kirk Walsh is the author of The Elephant of Belfast, which became a national bestseller. She is at work on a second novel about Detroit.