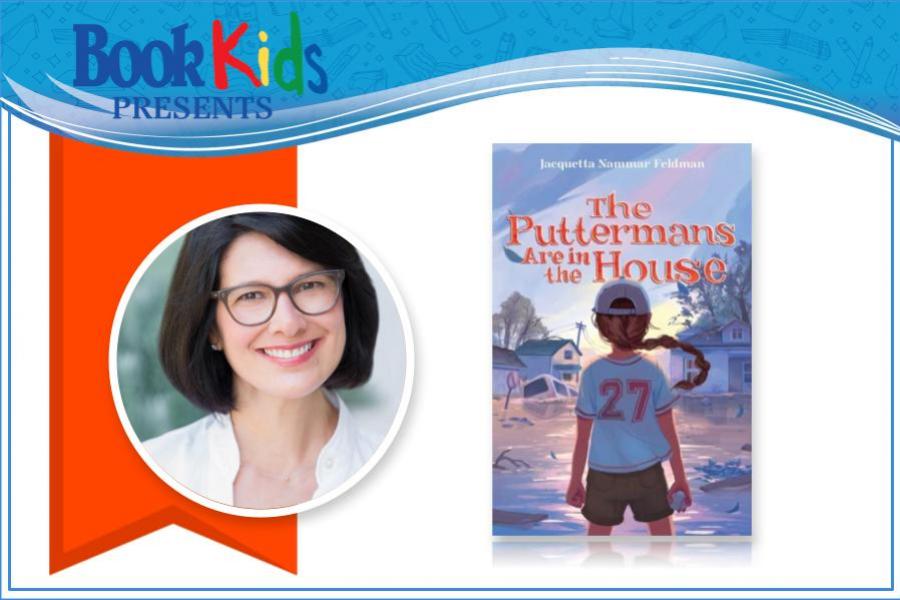 The Puttermans Are in the House (Hardcover)

BookPeople welcomes Jacquetta Nammar Feldman in conversation with Adrianna Cuevas to celebrate the release of The Puttermans are in the House. The event will include a moderated discussion, a reading, an audience Q&A, and a signing line.

ABOUT THE PUTTERMANS ARE IN THE HOUSE:

Seventh graders Sammy and Matty are the Putterman twins—the perfect team of two. But Matty has a secret he’s not ready to share with his family yet, and he suddenly quits baseball and stops talking to his sister. With their twin telepathy broken, Sammy doesn’t know what to do without her teammate.

Becky Putterman is sick of her family only cheering for her cousins Sammy and Matty. They all used to be friends, but since everything became about the twins, Becky’s felt left out. With her bat mitzvah around the corner, she hopes it’ll finally be her turn in the spotlight.

But then Hurricane Harvey hits Houston, Texas, and the twins’ house is damaged in the flood. Their family moves in with Becky’s, putting all nine Puttermans under one roof indefinitely. Sammy, Matty, and Becky need each other now more than ever, but as their grief, anger, and uncertainty grow, can they find a way to glue their family back together?

Jacquetta Nammar Feldman is the author of middle grade novels WISHING UPON THE SAME STARS, a Junior Library Guild Gold Standard Selection, and THE PUTTERMANS ARE IN THE HOUSE. She loves writing poetry and stories of all kinds, and when she’s not curled up with a book or typing at her computer, she can be found hiking the beautiful hills of Austin, Texas, with her husband, two labradoodles, and a Havanese. She earned her Bachelor of Science in Advertising from the University of Texas at Austin, and her Master of Fine Arts in Writing for Children & Young Adults at the Vermont College of Fine Arts.

Adrianna Cuevas is the author of the Pura Belpre honor book The Total Eclipse of Nestor Lopez, Cuba in My Pocket, and The Ghosts of Rancho Espanto. She is a first-generation Cuban-American originally from Miami, Florida. A former Spanish and ESOL teacher, Adrianna currently resides in Austin, Texas with her husband and son. When not working with TOEFL students, wrangling multiple pets including an axolotl, and practicing fencing with her son, she is writing her next middle grade novel.

By purchasing a book from BookPeople, you are not only supporting a local, independent business – you’re showing publishers that they should continue sending authors to BookPeople.