JAY BRANDON - From the Grave

From the Grave (Hardcover) 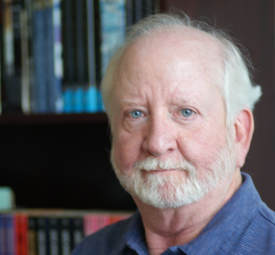 ABOUT FROM THE GRAVE

Disbarred defense attorney Edward Hall discovers that in order to win his case he has to lose in this tense and twisting legal thriller.

"You want me to represent the most hated man in Houston?"

Disbarred Texas lawyer Edward Hall returns to the courtroom after accepting an offer from the District Attorney to represent the most obviously guilty defendant in town. It's a poisoned chalice. Not only is his client charged with kidnapping the DA's sister, he is already well-known for the previous kidnapping of a celebrity's son.

But if Edward handles this well, he has a chance to regain his law license. And Edward understands that by 'handling the case well', the DA means he needs to lose. Laboring under this impossible conflict of interest, Edward prepares for the trial with the help of his resourceful girlfriend Linda. But as the trial approaches, Edward finds himself having to solve and prove a completely different case: one of cold-blooded murder.

Jay Brandon is the award-winning author of many novels and short stories acclaimed both critically and by readers.  His first novel, DEADBOLT, was awarded Booklist magazine’s Editor’s Choice Award, after a starred review.  His first legal thriller, Fade the Heat, was short-listed for the Mystery Writers of America’s Edgar Award for Best novel, was optioned by Amblin Entertainment, and has been published around the world. Local Rules was a selection of Reader’s Digest Condensed Books. In all, his novels have been published by more than a dozen foreign publishers, with worldwide distribution. Jay is a practicing attorney, and many of his novels are legal thrillers.  He has departed from the legal genre, however. The Jetty, co-written with Joe Labatt, is a ghost story and romance set at the Texas coast. Milagro Lane is the definitive novel of Jay’s home town of San Antonio, a family saga, mystery, and love story.  Author Rick Riordan said of it, “Part mystery, part insider’s guide, Milagro Lane is a wonderful romp through a wonderful city.” Jay’s latest, Shadow Knight's Mate, which bestselling author Sharyn McCrumb called “a wonderful novel,” is an international thriller featuring a long-hidden secret society, their implacable enemy and, possibly, the end of the world as we know it.  Another bestseller, David Liss, appraised it this way: In Shadow Knight's Mate, Jay Brandon creates an irresistible mix of vivid characters, a thrilling conspiracy, a broad (and clever) historical scope, and a great narrative voice.  In short, this is an absorbing, exciting, and absolutely entertaining novel.” Jay’s most recent short story, “A Jury of His Peers,” was chosen by Lee Child for inclusion in The Best American Mystery Stories. Jay lives in San Antonio, Texas.

Thank you for supporting Jay Brandon and your local independent bookstore!