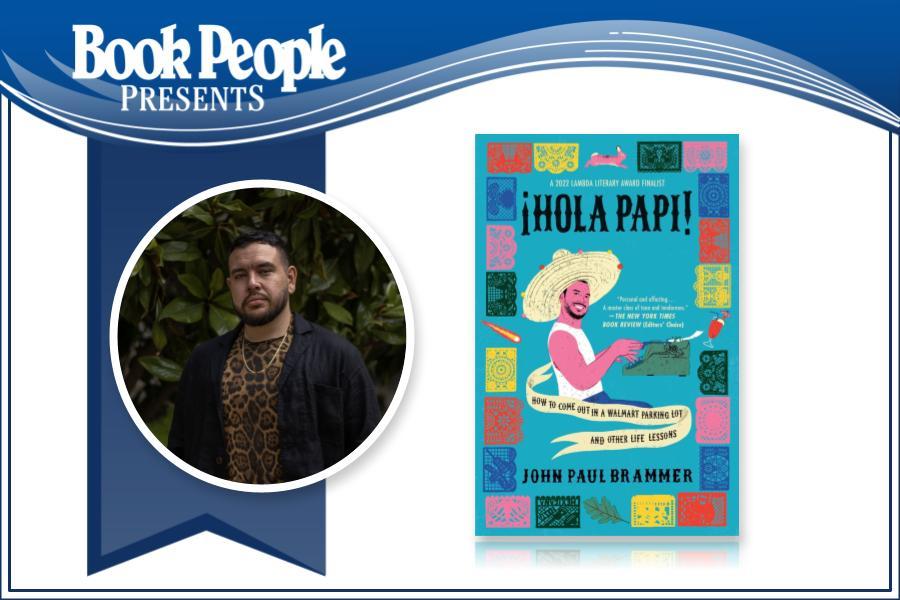 Hola Papi: How to Come Out in a Walmart Parking Lot and Other Life Lessons (Paperback)

Join us in celebrating the paperback of John Paul Brammer’s book ¡Hola Papi! He will be in conversation with Aaron H. Aceves. The event will include a moderated discussion, an audience Q&A, and a signing line.

The first time someone called John Paul (JP) Brammer “Papi” was on the gay hookup app Grindr. At first, it was flattering; JP took this as white-guy speak for “hey, handsome.” But then it happened again and again…and again, leaving JP wondering: Who the hell is Papi?

Soon, this racialized moniker became the inspiration for his now wildly popular advice column “¡Hola Papi!,” launching his career as the Cheryl Strayed for young queer people everywhere—and some straight people too. JP had his doubts at first—what advice could he really offer while he himself stumbled through his early twenties? Sometimes the best advice comes from looking within, which is what JP does in his column and book—and readers have flocked to him for honest, heartfelt wisdom, and more than a few laughs.

In this hilarious, tenderhearted book, JP shares his story of growing up biracial and in the closet in America’s heartland, while attempting to answer some of life’s most challenging questions: How do I let go of the past? How do I become the person I want to be? Is there such a thing as being too gay? Should I hook up with my grade school bully now that he’s out of the closet? Questions we’ve all asked ourselves, surely.

¡Hola Papi! is “a warm, witty compendium of hard-won life lessons,” (Harper’s Bazaar) for anyone—gay, straight, and everything in between—who has ever taken stock of their unique place in the world.

John Paul Brammer is an author and illustrator from rural Oklahoma. His first book, ¡Hola Papi!, is based on his popular advice column of the same name and was released in June 2021 to critical acclaim, twice being named an Editors' Choice in the New York Times Book Review and being selected as a finalist for a Lambda Literary Award. In 2022, Brammer was named the recipient of the Betty Berzon Emerging Writer Award. He is currently a contributing columnist to the Washington Post, where his illustrations and words regularly appear. He is working on his second book and with production company Funny Or Die to develop ¡Hola Papi! for television.

Aaron H. Aceves is a bisexual, Mexican American writer born and raised in East Los Angeles. He graduated from Harvard College and received his MFA from Columbia University. His fiction has appeared in jmww, Epiphany, and them., among other places. He currently lives in Texas, where he serves as an Early Career Provost Fellow at UT Austin.