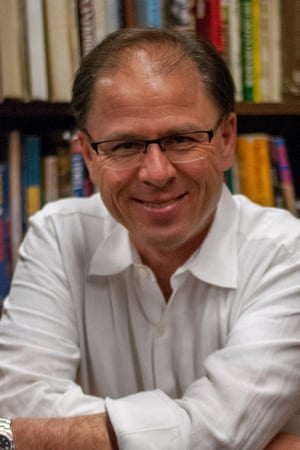 Son of Hunter S. Thompson
JUAN THOMPSON
In Conversation with

About
Stories I Tell Myself: Growing Up with Hunter S. Thompson

We've all heard the name Hunter S. Thompson, the "Wild Man" of American journalism. Join us tonight as Juan Thompson introduces you to another side of his father. Thompson tells the story of his father's life and how they got to know each other during their forty-one fraught years together. He writes of the many dark times, of how far they ricocheted away from each other, and of how they found their way back before it was too late.

ABOUT STORIES I TELL MYSELF

Hunter S. Thompson, “smart hillbilly,” boy of the South, born and bred in Louisville, Kentucky, son of an insurance salesman and a stay-at-home mom, public school-educated, jailed at seventeen on a bogus petty robbery charge, member of the U.S. Air Force (Airmen Second Class), copy boy for Time, writer for The National Observer, et cetera. From the outset he was the Wild Man of American journalism with a journalistic appetite that touched on subjects that drove his sense of justice and intrigue, from biker gangs and 1960s counterculture to presidential campaigns and psychedelic drugs. He lived larger than life and pulled it up around him in a mad effort to make it as electric, anger-ridden, and drug-fueled as possible.

Now Juan Thompson tells the story of his father and of their getting to know each other during their forty-one fraught years together. He writes of the many dark times, of how far they ricocheted away from each other, and of how they found their way back before it was too late.

Juan F. Thompson was born in 1964 outside of San Francisco, California, and grew up in Woody Creek, Colorado. He graduated from Tufts University and lives in Denver, Colorado, where he performs computer magic in the healthcare IT industry. He lives with his wife, Jennifer, and his son, Will.

Thank you for supporting Juan Thompson and your local independent bookstore!

Stories I Tell Myself: Growing Up with Hunter S. Thompson (Hardcover)