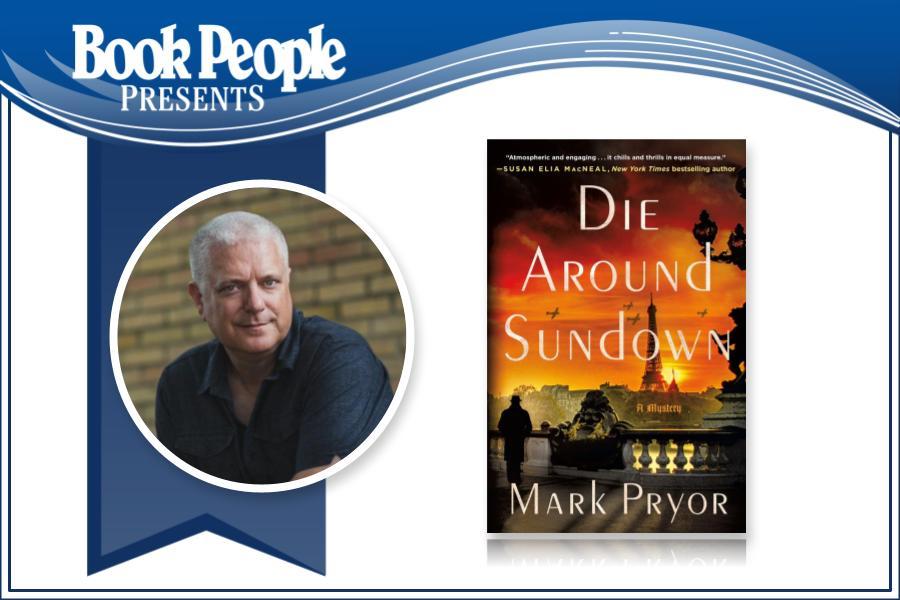 Join us in celebrating Mark Pryor’s new book Die Around Sundown! The event will include an author discussion, an audience Q&A, and a signing line.

ABOUT DIE AROUND SUNDOWN

Summer 1940: In German-occupied Paris, Inspector Henri Lefort has been given just five days to solve the murder of a German major that took place in the Louvre Museum. Blocked from the crime scene but given a list of suspects, Henri encounters a group of artists, including Pablo Picasso, who know more than they're willing to share.

With the clock ticking, Henri must uncover a web of lies while overcoming impossible odds to save his own life and prove his loyalty to his country. Will he rise to the task or become another tragic story of a tragic time?

Five days. One murder. A masterpiece of a mystery.

Mark Pryor is a former newspaper reporter and felony prosecutor, originally from England but now living in Austin, Texas. He is the author of the Hugo Marston mystery series, set in Paris, London, and Barcelona. Mark is also the author of the psychological thrillers, Hollow Man, and its sequel, Dominic. As a prosecutor, he appeared on CBS News's 48 Hours and Discovery Channel's Discovery ID: Cold Blood.

Thank you for supporting Mark Pryor and your local independent bookstore!