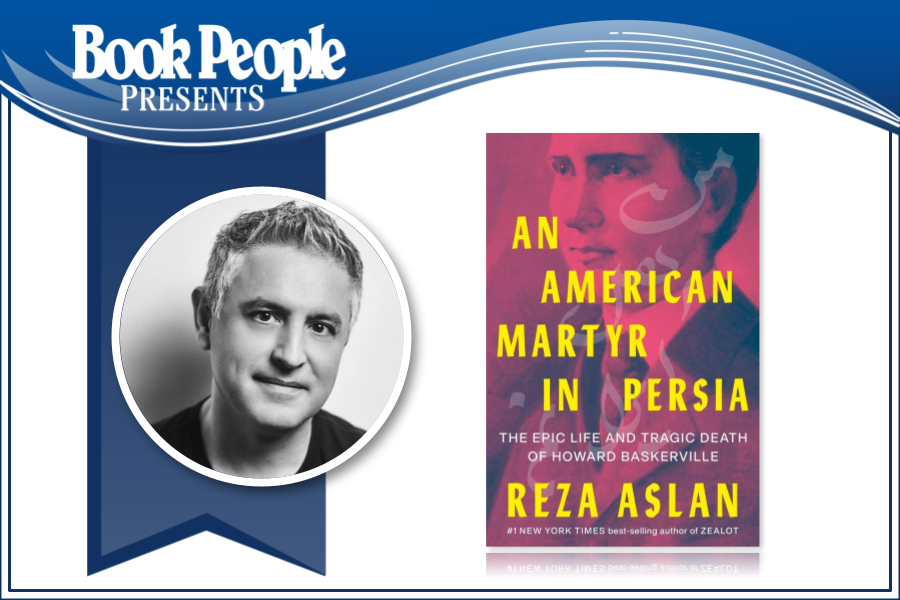 Join us in celebrating Reza Aslan’s new book An American Martyr in Persia! He will be in conversation with Lawrence Wright. The event will include a moderated discussion, an audience Q&A, and a signing line.

ABOUT AN AMERICAN MARTYR IN PERSIA

The #1 New York Times best-selling author of Zealot recounts the spellbinding tale of an unrecognized American martyr for democracy.

As a student of Woodrow Wilson at Princeton, Howard Baskerville was aflame not only with the gospel of Jesus, but with the Wilsonian gospel that constitutional democracy is the birthright of all nations. Rather than become a small-town minister like his father in South Dakota, he volunteered for missionary service in Persia.

Tabriz in 1907 was a hotbed of democratic revolution. Brilliant young firebrands were among Baskerville’s students at the Presbyterian school—and became his devoted friends. He lectured on freedom; they dedicated their lives to it. Soon he would join them on the battlefield.

Was Howard Baskerville the “American Lafayette” of Iran, or a naïve “white savior” stumbling into Persian affairs? Baskerville’s story, like his life, is at the center of a whirlwind, in which Americans must ask themselves, how seriously do we take our ideals of constitutional democracy and whose freedom do we support?

Reza Aslan is an acclaimed writer and scholar of religions. He is the author of the #1 New York Times bestseller Zealot, No God but God, and editor of Tablet & Pen: Literary Landscapes from the Modern Middle East. He lives in Los Angeles, California.

Lawrence Wright is a staff writer for The New Yorker and the author of nine previous books of nonfiction, including In the New World, The Looming Tower, Going Clear, Thirteen Days in September, and The Terror Years, and one novel, God’s Favorite. His books have received many prizes and honors, including a Pulitzer Prize for The Looming Tower (now a series on Hulu). He is also a playwright and screenwriter. He is a longtime resident of Austin, Texas.

Thank you for supporting Reza Aslan, Lawrence Wright, and your local independent bookstore!

[Virtual] ATX SciRead Book Club: When We Cease to Understand the World