Simon Morrison: Mirror in the Sky 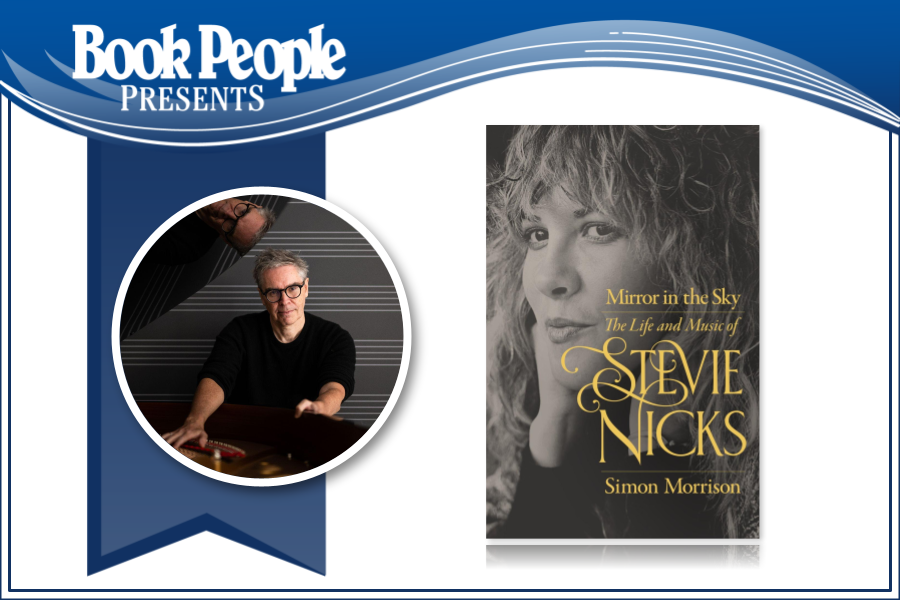 Mirror in the Sky: The Life and Music of Stevie Nicks (Hardcover)

Join us in celebrating the release of Simon Morrison’s book Mirror in the Sky! He will be in conversation with Kristin Casey. The event will include a moderated discussion, a reading, an audience Q&A, and a signing line.

ABOUT MIRROR IN THE SKY

A stunning musical biography of Stevie Nicks that paints a portrait of an artist, not a caricature of a superstar.

Reflective and expansive, Mirror in the Sky situates Stevie Nicks as one of the finest songwriters of the twentieth century.

This biography from distinguished music historian Simon Morrison examines Nicks as a singer and songwriter before and beyond her career with Fleetwood Mac, from the Arizona landscape of her childhood to the strobe-lit Night of 1000 Stevies celebrations.

Simon Morrison specializes in 20th-century music, particularly Russian, Soviet, and French music, with special interests in dance, cinema, aesthetics, and historically informed performance based on primary sources. He has traveled to Tel Aviv, Beijing, Hong Kong, Montreal, Moscow, Copenhagen, and Bangkok to give invited lectures and graduate seminars, and divides his time between Princeton and Los Angeles.

Morrison is the author of Mirror in the Sky: The Life and Music of Stevie Nicks (California, 2022), Russian Opera and the Symbolist Movement (California, 2002, 2019), The Love and Wars of Lina Prokofiev (Houghton, 2013), and The People’s Artist: Prokofiev’s Soviet Years (Oxford, 2009) as well as editor of Prokofiev and His World (Princeton, 2008) and, with Klara Moricz, Funeral Games: In Honor of Arthur Vincent Lourié (Oxford, 2014).

Her writing has appeared in the Foliate Oak Literary Magazine, The Nervous Breakdown, From the Asylum, $pread, and elsewhere. She writes about addiction, dependency, sexuality, and relationships. She resides in Austin, Texas, and works as an intimacy coach.

Thank you for supporting Simon Morrison, Kristin Casey, and your local independent bookstore!