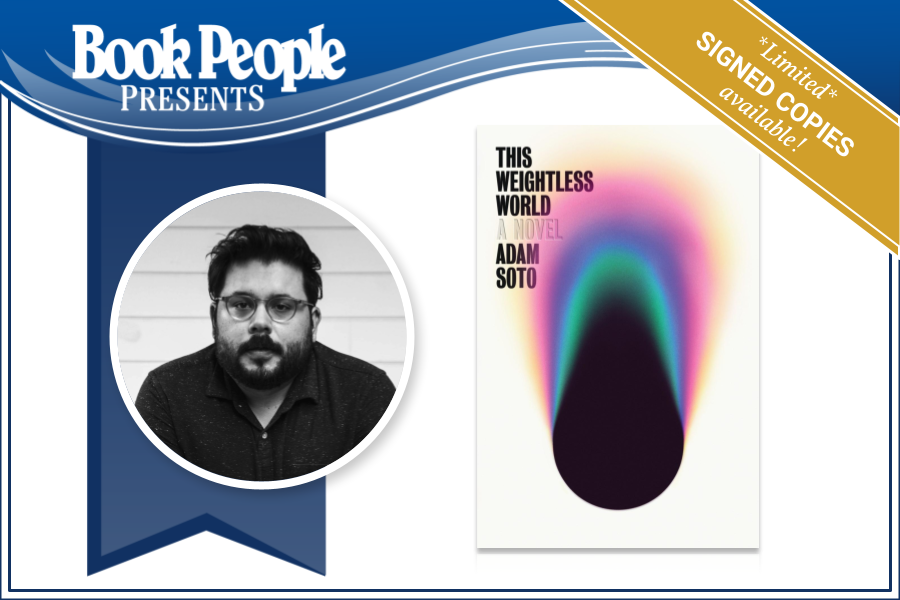 This Weightless World: A Novel (Hardcover)

In conversation with Fernando A. Flores

ABOUT THIS WEIGHTLESS WORLD

“Soto’s characters are finely drawn, as are their philosophically thorny conflicts with each other…Amid the discovery of alien life, a touching meditation on humanity.” —Kirkus Reviews

A dazzling deconstruction of science fiction tropes, This Weightless World looks to the past for a vision of the future.

Adam Soto is web editor at American Short Fiction. He holds an MFA from the Iowa Writers’ Workshop and is a former Michener-Copernicus Foundation Fellow. He lives with his wife in Austin, TX, where he is a teacher and a musician. His debut novel, This Weightless World, was released this year. His collection of ghost stories, Concerning Those Who Have Fallen Asleep, is forthcoming from Astra House fall 2022. Follow him on Twitter @adjoso and IG @adamjsoto. For more information, visit adamsotowriter.com.

ABOUT FERNANDO A. FLORES

Fernando A. Flores was born in Reynosa, Tamaulipas, Mexico, and grew up in South Texas. He is the recipient of a 2014 literary award from the Alfredo Cisneros Del Moral Foundation. His writing has appeared in the Bilingual Review, The Texas Observer, Huizache, Bat City Review, and New Border Voices: An Anthology. He lives in Austin, Texas, where he works as a bookseller.

Thank you for supporting Adam Soto, Fernando A. Flores, and your local independent bookstore!