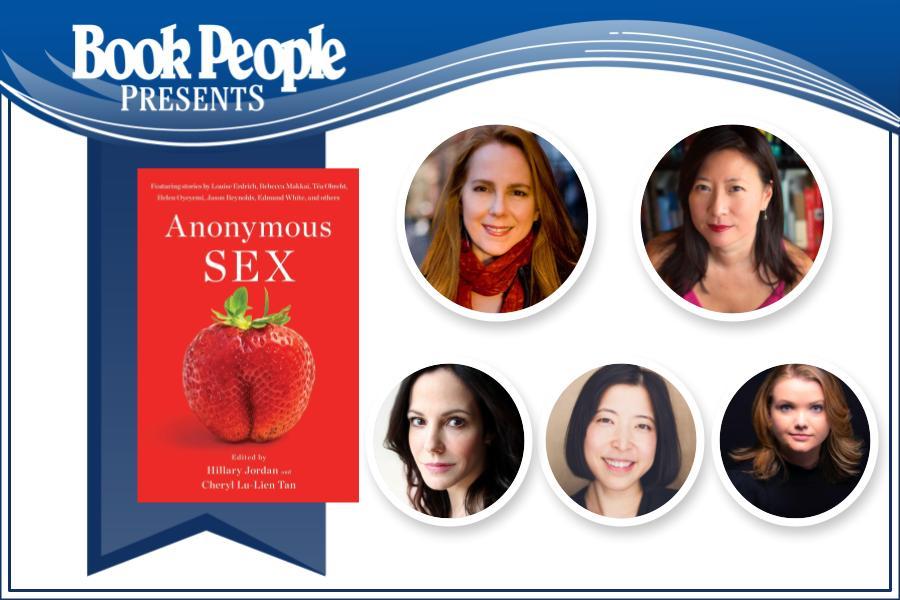 This seductive anthology is true to its name: while the authors are listed in alphabetical order at the beginning of the book, none of the stories are attributed, providing readers with a glimpse into the landscape of sexuality as explored by twenty-seven of today’s best-known authors.

Hillary Jordan is the author of the novels Mudbound and When She Woke. Mudbound was an international bestseller that won multiple awards and was adapted into a critically acclaimed Netflix film that earned four Academy Award nominations. Hillary is also a screenwriter, essayist, and poet whose work has been published in The New York Times, McSweeney’s, and Outside Magazine, among others. She lives in Brooklyn, New York.

Cheryl Lu-Lien Tan is the author of the international bestsellers Sarong Party Girls and A Tiger in the Kitchen: A Memoir of Food and Family. She is also the editor of the fiction anthology Singapore Noir. Cheryl was a staff writer at The Wall Street Journal, InStyle, and The Baltimore Sun, and her stories and reviews have also appeared in The New York Times, Times Literary Supplement, The Paris Review, The Washington Post, and Bon Appetit, among others. Born and raised in Singapore, she lives in New York City.

Téa Obreht was born in Belgrade, in the former Yugoslavia, and grew up in Cyprus and Egypt before eventually immigrating to the United States. Her debut novel, The Tiger’s Wife, won the 2011 Orange Prize for Fiction, and was a 2011 National Book Award finalist and an international bestseller.  Her work has been anthologized in The Best American Short Stories and The Best American Non-Required Reading, and has appeared in The New Yorker, Harper's, The Atlantic, Vogue, Esquire and Zoetrope: All-Story, among many others. She was the recipient of the Rona Jaffe fellowship from the Dorothy and Lewis B. Cullman Center for Scholars and Writers at the New York Public Library, and a 2016 fellowship from the National Endowment for the Arts. She was a National Book Foundation 5 Under 35 honoree, and was named by The New Yorker as one of the twenty best American fiction writers under forty. She splits time between Wyoming and Texas, and currently serves as the Endowed Chair of Creative Writing at Texas State University in San Marcos.

Catherine Chung won an Honorable Mention for the PEN/Hemingway Award with her first novel, Forgotten Country, and has been a National Endowment for the Arts Fellow, a Granta New Voice, and a Director's Visitor at the Institute for Advanced Study in Princeton. She has a degree in mathematics from the University of Chicago, and worked at a think tank in Santa Monica before receiving her MFA from Cornell University. She has published work in The New York Times and Granta, and is a fiction editor at Guernica Magazine. She lives in New York City.

Mary-Louise Parker is a Tony, Emmy, and Golden Globe award-winning actress. Her writing has appeared in Esquire, The Riveter, Bust, and The Bullet. Dear Mr. You is her first book.