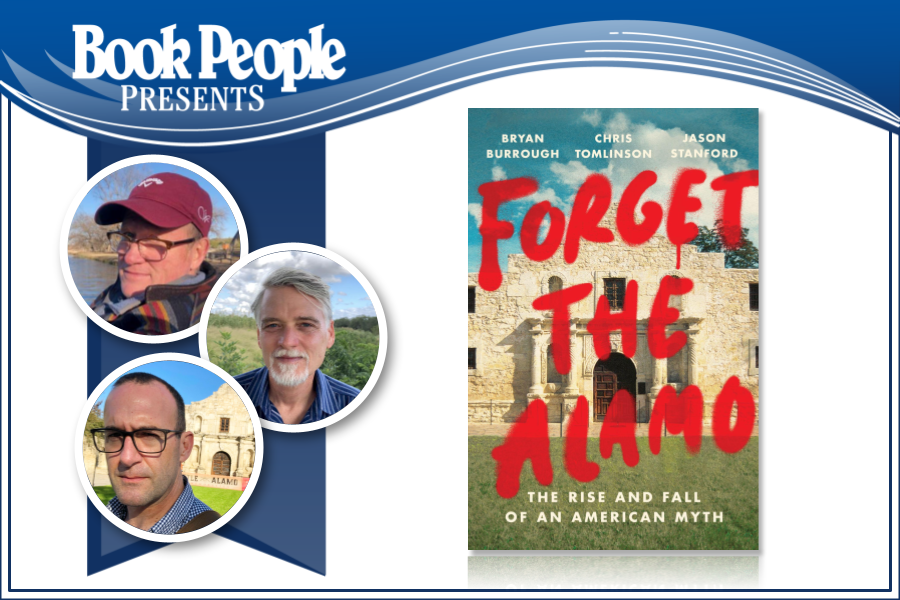 Forget the Alamo: The Rise and Fall of an American Myth (Hardcover)

In conversation with Andrea Valdez

ABOUT FORGET THE ALAMO

Three noted Texan writers combine forces to tell the real story of the Alamo, dispelling the myths, exploring why they had their day for so long, and explaining why the ugly fight about its meaning is now coming to a head.

Every nation needs its creation myth, and since Texas was a nation before it was a state, it's no surprise that its myths bite deep. There's no piece of history more important to Texans than the Battle of the Alamo, when Davy Crockett and a band of rebels went down in a blaze of glory fighting for independence from Mexico, losing the battle but setting Texas up to win the war. However, that version of events, as Forget the Alamo definitively shows, owes more to fantasy than reality. Just as the site of the Alamo was left in ruins for decades, its story was forgotten and twisted over time, with the contributions of Tejanos--Texans of Mexican origin, who fought alongside the Anglo rebels--scrubbed from the record, and the origin of the conflict over Mexico's push to abolish slavery papered over. Forget the Alamo provocatively explains the true story of the battle against the backdrop of Texas's struggle for independence, then shows how the sausage of myth got made in the Jim Crow South of the late nineteenth and early twentieth century. As uncomfortable as it may be to hear, celebrating the Alamo has long had an echo of celebrating whiteness.

In the past forty-some years, waves of revisionists have come at this topic, and at times have made real progress toward a more nuanced and inclusive story that doesn't alienate anyone. But we are not living in one of those times; the fight over the Alamo's meaning has become more pitched than ever in the past few years, even violent, as Texas's future begins to look more and more different from its past. It's the perfect time for a wise and generous-spirited book that shines the bright light of the truth into a place that's gotten awfully dark.

Bryan Burrough is the author of six books, including The Big Rich, Days of Rage, and Public Enemies, and a coauthor of the number one New York Times bestseller Barbarians at the Gate.

Chris Tomlinson is a columnist for the Houston Chronicle and the San Antonio Express-News and the author of the New York Times bestselling Tomlinson Hill about his family's slaveholding history in Texas. From 1995 to 2007, he reported from more than thirty countries and nine wars for the Associated Press.

Jason Stanford is a writer and former communications director for the mayor of Austin. As a political consultant, Stanford has helped elect or reelect at least thirty members of Congress.

Andrea Valdez is The 19th's editor in chief. Previously she served as editor in chief of the Texas Observer, editor of WIRED.com and editor of Texas Monthly’s website. She wrote the book “How to be a Texan: The Manual.”