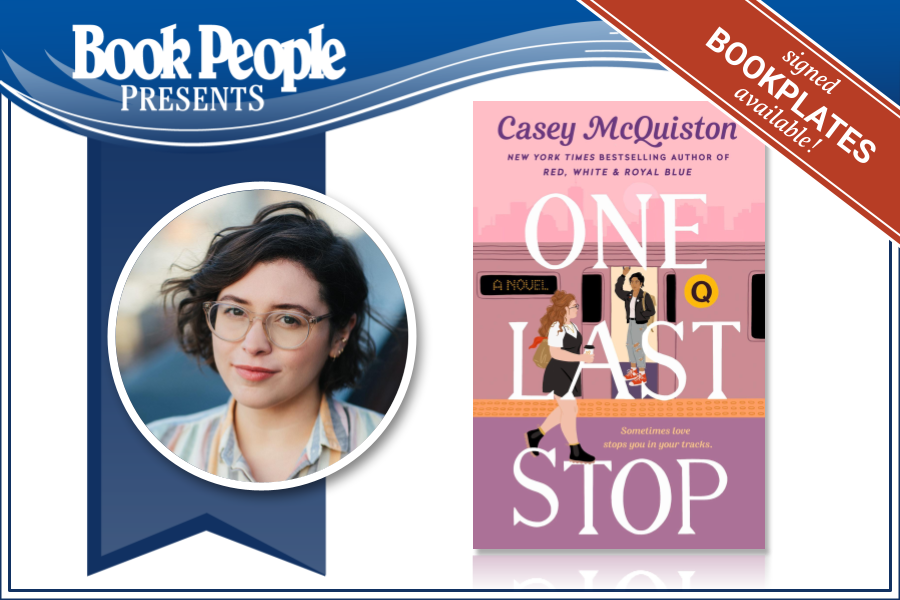 In conversation with Abby Jimenez

ABOUT ONE LAST STOP

For cynical twenty-three-year-old August, moving to New York City is supposed to prove her right: that things like magic and cinematic love stories don’t exist, and the only smart way to go through life is alone. She can’t imagine how waiting tables at a 24-hour pancake diner and moving in with too many weird roommates could possibly change that. And there’s certainly no chance of her subway commute being anything more than a daily trudge through boredom and electrical failures.

But then, there’s this gorgeous girl on the train.

Jane. Dazzling, charming, mysterious, impossible Jane. Jane with her rough edges and swoopy hair and soft smile, showing up in a leather jacket to save August’s day when she needed it most. August’s subway crush becomes the best part of her day, but pretty soon, she discovers there’s one big problem: Jane doesn’t just look like an old school punk rocker. She’s literally displaced in time from the 1970s, and August is going to have to use everything she tried to leave in her own past to help her. Maybe it’s time to start believing in some things, after all.

Casey McQuiston’s One Last Stop is a magical, sexy, big-hearted romance where the impossible becomes possible as August does everything in her power to save the girl lost in time.

Casey McQuiston is the New York Times bestselling author of Red, White & Royal Blue, as well as a pie enthusiast. She writes books about smart people with bad manners falling in love. Born and raised in southern Louisiana, she now lives in New York City with her poodle mix and personal assistant, Pepper.

Abby Jimenez is a Food Network winner and New York Times best selling author. Abby founded Nadia Cakes out of her home kitchen back in 2007. The bakery has since gone on to win numerous Food Network competitions and has amassed an international cult following.

Thank you for supporting Casey McQuiston, Abby Jimenez, and your local independent bookstore!