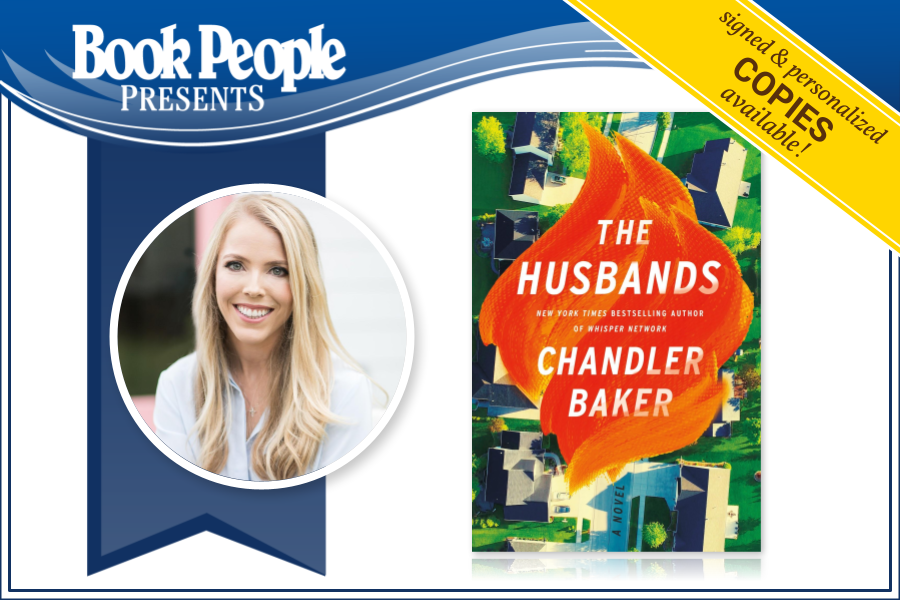 The Husbands: A Novel (Hardcover)

In conversation with Angie Kim

From the NYT bestselling author of Whisper Network comes a novel that asks: to what lengths will a woman go for a little more help from her husband?

Nora Spangler is a successful attorney but when it comes to domestic life, she finds she’s always the one doing more. She packs the lunches, schedules the doctor appointments, knows where the extra paper towel rolls are, and designs and orders the holiday cards. Her husband works hard, too…but why does it seem like she is always working so much harder?

The Spanglers go house hunting in Dynasty Ranch, a nice suburban neighborhood where Nora meets a group of high-powered women—a tech CEO, a neurosurgeon, an award-winning therapist, a bestselling author—with enviably supportive husbands. When she agrees to help with a resident’s gruesome wrongful death case, she delves into the lives of the women there. She finds the air is different in Dynasty Ranch. The women aren’t hanging on by a thread.

They swear by an unorthodox method of couples’ therapy that has transformed their relationships. Even as she fears digging up the secrets at the heart of her own marriage, Nora is tantalized by the possibility of a life that’s under control. The men seem strange. But maybe they’re just evolved. Soon Nora is relishing that her husband now shoulders half the load at home. But something is deeply wrong in Dynasty Ranch. As the case unravels, Nora uncovers a plot that may explain the secret to having-it-all. One that’s worth killing for.

Smart, sharp, and timely, this novel imagines a world where the burden of the “second shift” is equally shared – and what it might take to get there.

Chandler Baker lives in Austin with her husband and toddler where she also works as a corporate attorney. She is the author of five young adult novels and her adult debut, Whisper Network, a New York Times bestseller and Reese's Book Club x Hello Sunshine pick.

Angie Kim moved as a preteen from Seoul, South Korea to the suburbs of Baltimore. She attended Stanford University and Harvard Law School, where she was an editor of the Harvard Law Review, then practiced as a trial lawyer at Williams & Connolly. Her stories have won the Glamour Essay Contest and the Wabash Prize for Fiction, and appeared in numerous publications including The New York Times, Salon, Slate, The Southern Review, Sycamore Review, Asian American Literary Review, and PANK. Kim lives in Northern Virginia with her husband and three sons.

Thank you for supporting Chandler Baker, Angie Kim, and your local independent bookstore!