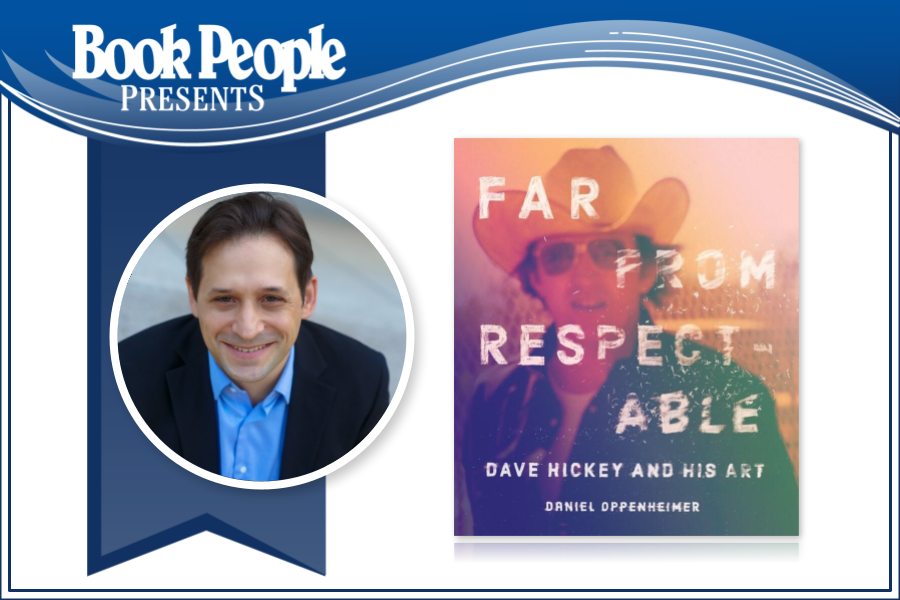 Far From Respectable: Dave Hickey and His Art (Hardcover)

In conversation with Sarah Bird

ABOUT FAR FROM RESPECTABLE

The first book on the critic and essayist Dave Hickey, Far from Respectable examines the life and work of this controversial figure, whose writing changed the discourse around art and popular culture.

Regarded as both a legend and a villain, the critic Dave Hickey has inspired generations of artists, art critics, musicians, and writers. His 1993 book The Invisible Dragon became a cult hit for its potent and provocative critique of the art establishment and its call to reconsider the role of beauty in art. His next book, 1997’s Air Guitar, introduced a new kind of cultural criticism—simultaneously insightful, complicated, vulnerable, and down-to-earth—that propelled Hickey to fame as an iconoclastic thinker, loved and loathed in equal measure, whose influence extended beyond the art world. Far from Respectable is a focused, evocative exploration of Hickey’s work, his impact on the field of art criticism, and the man himself, from his Huck Finn childhood to his drug-fueled periods as both a New York gallerist and Nashville songwriter to, finally, his anointment as a tenured professor and MacArthur Fellow. Drawing on in-person interviews with Hickey, his friends and family, and art world comrades and critics, Daniel Oppenheimer examines the controversial writer’s distinctive takes on a broad range of subjects, including Norman Rockwell, Robert Mapplethorpe, academia, Las Vegas, basketball, country music, and considers how Hickey and his vision of an “ethical, cosmopolitan paganism” built around a generous definition of art is more urgently needed than ever before.

Daniel Oppenheimer is the author of Exit Right: The People Who Left the Left and Reshaped the American Century. He has written for the Washington Post, The Atlantic, Slate, Washington Monthly, Texas Monthly, Guernica, and The New Republic, among others

Sarah is the author of ten novels. Her latest, Daughter of a Daughter of a Queen, is a tribute to Cathy/Cathay Williams, the only woman to serve with the fabled Buffalo Soldiers. It will be released as a lead title on Sept. 4, 2018 by St. Martin’s.
Her previous novel, Above the East China Sea, was long-listed for the Dublin International Literary Award; was an ALEX Award nominee; winner of the Texas Philosophical Society Literary Award; a Chicago Tribune Editor’s Choice; a Seattle Times Best Book of the Year; a Tucson Book Festival Great Books for Book Club selection; and a Marie Claire Best Summer Reads.
Sarah was a B&N’s Discover Great Writers selection; a New York Public Libraries Books to Remember; a Dobie-Paisano Fellowship honoree; a two-time winner of the TIL’s Best Fiction award; and an Austin Libraries Illumine Award for Excellence in Fiction winner. She was voted into the Texas Literary Hall of Fame has been awarded the Texas Writer of the Year by the Texas Book Festival. In 2017, she won The Austin Chronicle’s Best Fiction Writer award for the sixth time and received the Texas Institute of Letters Lifetime Achievement Award.

Thank you for supporting Daniel Oppenheimer, Sarah Bird, and your local independent bookstore!