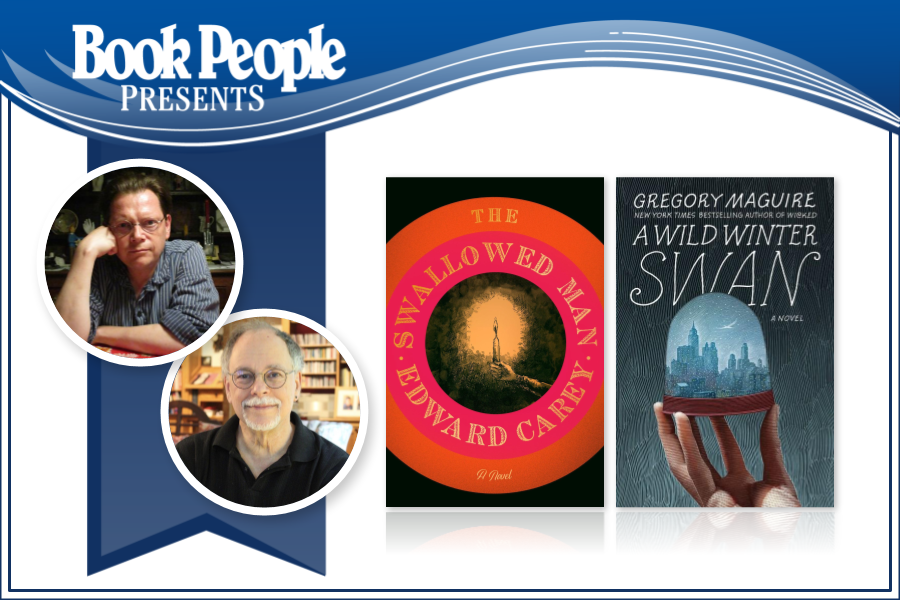 The Swallowed Man: A Novel (Hardcover)

In Conversation with Gregory Maguire

ABOUT THE SWALLOWED MAN

The ingenious storyteller Edward Carey returns to reimagine a time-honored fable: the story of an impatient father, a rebellious son, and a watery path to forgiveness for the young man known as Pinocchio

In the small Tuscan town of Collodi, a lonely woodcarver longs for the companionship of a son. One day, “as if the wood commanded me,” Giuseppe—better known as Geppetto—carves for himself a pinewood boy, a marionette he hopes to take on tour worldwide. But when his handsome new creation comes magically to life, the woodcarver screams at him…and the boy, Pinocchio, leaps from his arms and escapes into the night. Though he returns the next day, the wily boy torments his father, challenging his authority and making up stories—whereupon his nose, the very nose his father carved, grows before his eyes like an antler. When the boy disappears after one last fight, the father follows a rumor to the coast and out into the sea, where he is swallowed by a great fish—and consumed by guilt, as he hunkers in the creature’s belly awaiting the day when he will reconcile with the son he drove away.

With all the charm, atmosphere, and emotional depth for which Edward Carey is known—and featuring his trademark fantastical illustrations—The Swallowed Man is a parable of parenthood, loss, and letting go, from a creative mind on a par with Gregory Maguire, Neil Gaiman, and Tim Burton.

Edward Carey is a novelist, visual artist, and playwright. His previous novels include Little, Alva & Irva, and Observatory Mansions, and an acclaimed series for young adults, the Iremonger Trilogy. His writing for the stage includes an adaptation of Robert Coover’s Pinocchio in Venice, a continuation of the Pinocchio story. Born in England, he now teaches at the University of Texas in Austin, where he lives with his wife, the author Elizabeth McCracken, and their family.

Gregory Maguire is the New York Times bestselling author of A Wild Winter Swan, Hiddensee, After Alice, Confessions of an Ugly Stepsister; Lost; Mirror Mirror; and the Wicked Years, a series that includes Wicked—the beloved classic that is the basis for the blockbuster Tony Award–winning Broadway musical—Son of a Witch, A Lion Among Men, and Out of Oz. Maguire has lectured on art, literature, and culture both at home and abroad. He lives with his family in New England.

Thank you for supporting Edward Carey, Gregory Maguire and your local independent bookstore!