The Book of Lost Names (Hardcover) 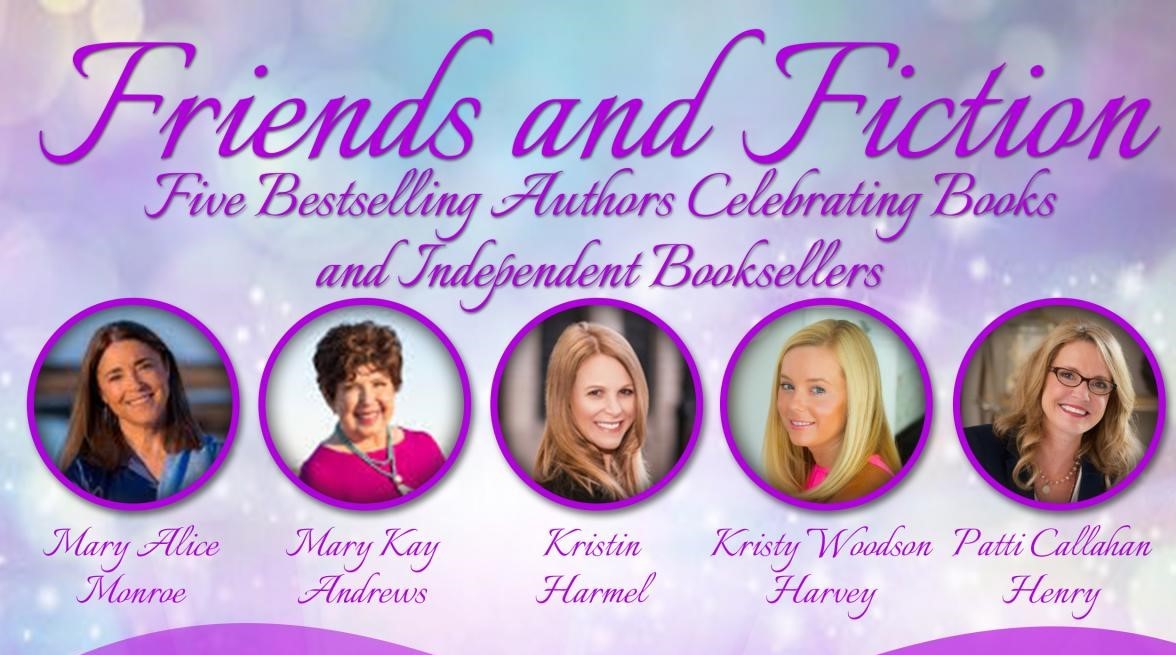 This event is free and open to the public. Join the Friends and Fiction Happy Hour on Facebook Live HERE.

Kristin Harmel is the #1 international bestselling and USA Today bestselling author of The Winemaker’s Wife, The Room on Rue Amelie, the upcoming The Book of Lost Names, and a dozen other novels that have been translated into numerous languages and sold all over the world. After covering health and lifestyle for American Baby, Men’s Health, and Woman’s Day, she became a reporter for PEOPLE magazine while still in college and spent more than a decade working for the publication, covering everything from the Super Bowl to high-profile murders to celebrity interviews with the likes of Ben Affleck, Matthew McConaughey, OutKast, and Justin Timberlake. Kristin was also a frequent contributor to the national television morning show The Daily Buzz—where her assignments included flying to London three times to interview the cast of the Harry Potter films—and she has appeared on Good Morning America and numerous local television morning shows.  After graduating from the University of Florida, Kristin spent time living in Paris and Los Angeles and now lives in Orlando, with her husband and young son.

Kristy Woodson Harvey is the bestselling author of six novels, including The Southern Side of Paradise, Slightly South of Simple, and the forthcoming Feels Like Falling. A Phi Beta Kappa, summa cum laude graduate of the University of North Carolina at Chapel Hill’s school of journalism, her writing has appeared in numerous online and print publications including Southern Living, Traditional Home, USA TODAY, Domino, and O. Henry Magazine. Kristy is the winner of the Lucy Bramlette Patterson Award for Excellence in Creative Writing and a finalist for the Southern Book Prize. Her work has been optioned for film, and her books have received numerous accolades including Southern Living’s Most Anticipated Beach Reads, Parade’s Big Fiction Reads, and Entertainment Weekly’s Spring Reading Picks. She blogs with her mom Beth Woodson on Design Chic, and loves connecting with fans on KristyWoodsonHarvey.com. She lives on the North Carolina coast with her husband and son where she is working on her next novel.

Patti Callahan (who also writes as Patti Callahan Henry) is a New York Times bestselling author. Patti was a finalist in the Townsend Prize for Fiction, has been an Indie Next Pick, twice an OKRA pick, and a multiple nominee for the Southern Independent Booksellers Alliance (SIBA) Novel of the Year. Her work has also been included in short story collections, anthologies, magazines, and blogs. Patti attended Auburn University for her undergraduate work and Georgia State University for her graduate degree. Once a Pediatric Clinical Nurse Specialist, she now writes full time. The mother of three children, she lives in both Mountain Brook, Alabama, and Bluffton, South Carolina, with her husband. Visit her online at patticallahanhenry.com; Instagram: pattichenry; Facebook: AuthorPattiCallahanHenry; Twitter: @pcalhenry.