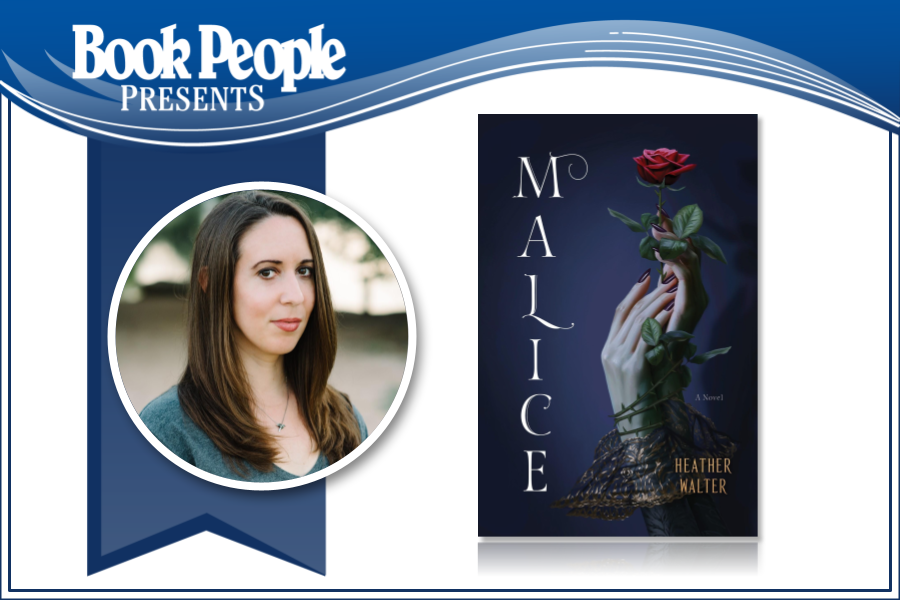 In conversation with Sam Maggs

A princess isn’t supposed to fall for an evil sorceress. But in this “bewitching and fascinating” (Tamora Pierce) retelling of “Sleeping Beauty,” true love is more than a simple fairy tale.

“Walter’s spellbinding debut is for all the queer girls and women who’ve been told to keep their gifts hidden and for those yearning to defy gravity.”—O: The Oprah Magazine

Once upon a time, there was a wicked fairy who, in an act of vengeance, cursed a line of princesses to die. A curse that could only be broken by true love’s kiss.

You’ve heard this before, haven’t you? The handsome prince. The happily ever after.

Let me tell you, no one in Briar actually cares about what happens to its princesses. Not the way they care about their jewels and elaborate parties and charm-granting elixirs. I thought I didn’t care, either.

Until I met her.

Princess Aurora. The last heir to Briar’s throne. Kind. Gracious. The future queen her realm needs. One who isn’t bothered that I am Alyce, the Dark Grace, abhorred and feared for the mysterious dark magic that runs in my veins. Humiliated and shamed by the same nobles who pay me to bottle hexes and then brand me a monster. Aurora says I should be proud of my gifts. That she . . . cares for me. Even though a power like mine was responsible for her curse.

But with less than a year until that curse will kill her, any future I might see with Aurora is swiftly disintegrating—and she can’t stand to kiss yet another insipid prince. I want to help her. If my power began her curse, perhaps it’s what can lift it. Perhaps together we could forge a new world.

Nonsense again. Because we all know how this story ends, don’t we? Aurora is the beautiful princess. And I—

I am the villain.

Heather Walter is a native Southerner who hates the heat. A graduate of the University of Texas at Austin, she is both a former English teacher and a current librarian. Perhaps it is because she’s surrounded by stories that she began writing them. At any given moment, you can find her plotting. This is her first novel.

Sam Maggs is a bestselling author of books, comics, and video games. She’s been a senior games writer, including work on Marvel’s Spider-Man; the author of many YA and middle-grade books like The Unstoppable Wasp, Con Quest!, Tell No Tales, and The Fangirl’s Guide to the Galaxy; and a comics writer for beloved titles like Marvel Action: Captain Marvel, My Little Pony, and Transformers. She is also an on-air host for networks like Nerdist. A Canadian in Los Angeles, she misses Coffee Crisp and bagged milk.

Thank you for supporting Heather Walter, Sam Maggs, and your local independent bookstore!