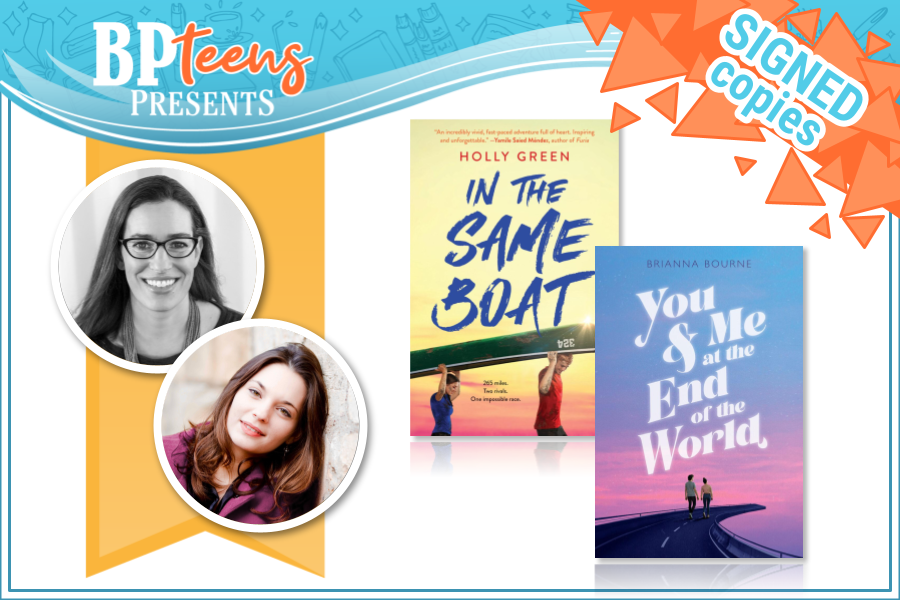 You & Me at the End of the World (Hardcover)

In the Same Boat (Hardcover)

ABOUT IN THE SAME BOAT

In the Same Boat is the hugely entertaining blend of romance and thrilling adventure that you never knew you needed. It's the eve of the Texas River Odyssey, and Sadie Scofield is finally ready for the 265-mile canoe race. It's three days of grueling, nonstop paddling, where every turn of the river reveals new challenges -- downed trees, poisonous snakes, alligators -- but the dangers are all worth it. Reaching the finish line is the only way for Sadie to redeem herself for last year, when one small mistake spiraled into disaster. Sadie has spent a year training, and she's ready for anything . . . except for her brother ditching her at the last minute for a better team.

She has no choice but to team up with Cully, her former best friend turned worst enemy. Everything about him irritates her, from his stupid handsome face to the way he holds his paddle. But as the miles pass, the pain builds, and family secrets come to light, Sadie realizes she’ll have to work with Cully instead of against him. Last year's race was a catastrophe, but this year's race just might change her life in ways she never imagined.

With an unforgettable heroine and an immersive setting, Holly Green's captivating debut promises heart-stopping action and a swoony romance that will leave you cheering.

ABOUT YOU & ME AT THE END OF THE WORLD

Hannah Ashton wakes up to silence. The entire city around her is empty, except for one other person: Leo Sterling. Leo might be the hottest boy ever (and not just because he's the only one left), but he's also too charming, too selfish, and too much of a disaster for his own good, let alone Hannah's.

Stuck with only each other, they explore a world with no parents, no friends, and no school and realize that they can be themselves instead of playing the parts everyone expects of them. Hannah doesn't have to be just an overachieving, music-box-perfect ballerina, and Leo can be more than a slacker, 80s-glam-metal-obsessed guitarist. Leo is a burst of honesty and fun that draws Hannah out, and Hannah's got Leo thinking about someone other than himself for the first time.

Together, they search for answers amid crushing isolation. But while their empty world may appear harmless . . . it's not. Because nothing is quite as it seems, and if Hannah and Leo don't figure out what's going on, they might just be torn apart forever.

Holly Green has never paddled in a 265 mile canoe race, but she has paddled a sixteen mile race, and that feels like a reasonable length. She is a former potter turned tech trainer turned writer, who loves travel, hiking, and swimming. She holds an MFA from Vermont College of Fine arts and lives in central Texas with her family.

Brianna Bourne is the author of You & Me at the End of the World. When she’s not writing, she works as a stage manager for ballet companies around the world. Originally from Texas, Brianna grew up in Indonesia and Egypt and now lives in England with her rock musician husband and their two daughters. You can find out more about her on Twitter at @briannabourneYA.

Thank you for supporting Holly Green, Brianna Bourne, and your local independent bookstore!

VIRTUAL EVENT: LAURYN EVARTS BOSSTICK - The Skinny Confidential's Get the F*ck Out of the Sun