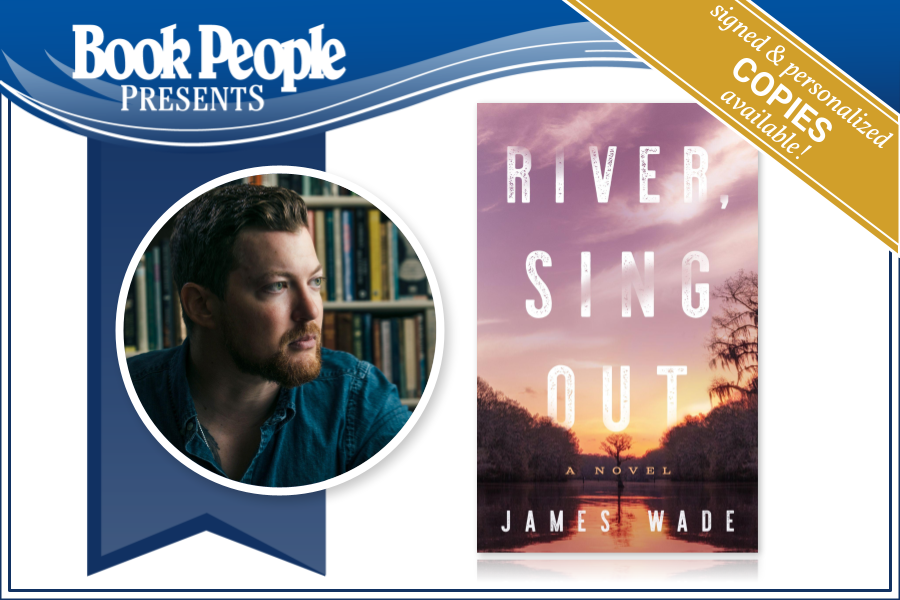 In conversation with Owen Egerton

ABOUT RIVER, SING OUT

Attempting to escape his abusive father and generations of cyclical poverty, young Jonah Hargrove joins the mysterious River- a teenage girl carrying thousands of dollars in stolen meth- and embarks on a southern gothic odyssey through the East Texas river bottoms.

They are pursued by local drug kingpin, John Curtis, and his murderous enforcer, Dakota Cade, with whom River was romantically involved. But Cade and Curtis have their own enemies, as their relationship with the cartel controlling their meth supply begins to sour.

Keeping tabs on everyone is The Thin Man, a silent assassin who values consequence over mercy. Each person is keeping secrets from the others-deadly secrets that will be exposed in savage fashion as their final paths collide and all are forced to come to terms with their choices, their circumstances, and their own definition of God.

With a colorful cast of supporting characters and an unflinching violence juxtaposed against lyrical prose, River, Sing Out dives deep into a sinister and sanguinary world, where oppressive poverty is pitted against the need to believe in something greater than the self.

James Wade lives and writes in Austin, Texas, with his wife, Jordan. He has had twenty short stories published in various literary magazines and journals. He is the winner of the Writers' League of Texas Manuscript Contest and a finalist of the Tethered by Letters Short Fiction Contest. All Things Left Wild is his debut novel.

Award winning novelist and filmmaker Owen Egerton is the author of a number of books including The Book of Harold the Illegitimate Son of God, How Best to Avoid Dying, and the PEN Southwest Book Award winner Hollow, which was named one of NPR’s Best Books of 2017. He is also the writer/director of several films including the Mercy Black and the horror-comedy Blood Fest. He is one of the talents behind the Alamo Drafthouse’s long-running comedy show Master Pancake Theater and has been named Austin’s Best Author six times by the Austin Chronicle.

Thank you for supporting James Wade, Owen Egerton and your local independent bookstore!

[Virtual] Writers' League of Texas Off the Beaten Craft: Minimalism and Maximalism in English-Language Haiku