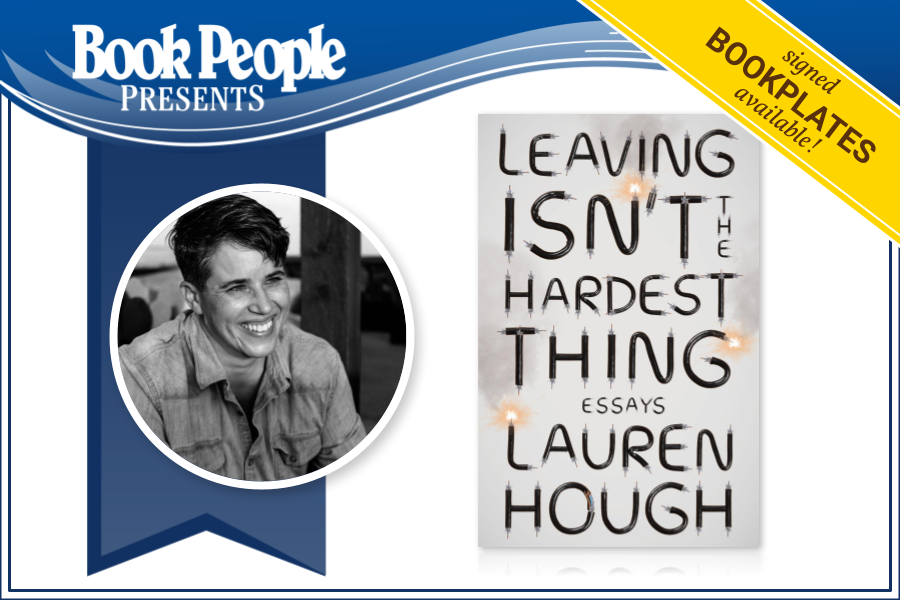 In conversation with Heather Havrilesky

ABOUT LEAVING ISN'T THE HARDEST THING

Searing and extremely personal essays from the heart of working-class America, shot through with the darkest elements the country can manifest—cults, homelessness, and hunger—while discovering light and humor in unexpected corners. A VINTAGE ORIGINAL.

As an adult, Lauren Hough has had many identities: an airman in the U.S. Air Force, a cable guy, a bouncer at a gay club. As a child, however, she had none. Growing up as a member of the infamous cult The Children of God, Hough had her own self robbed from her. The cult took her all over the globe—to Germany, Japan, Texas, Chile—but it wasn’t until she finally left for good that Lauren understood she could have a life beyond “The Family.”

Along the way, she’s loaded up her car and started over, trading one life for the next. She’s taken pilgrimages to the sights of her youth, been kept in solitary confinement, dated a lot of women, dabbled in drugs, and eventually found herself as what she always wanted to be: a writer. Here, as she sweeps through the underbelly of America—relying on friends, family, and strangers alike—she begins to excavate a new identity even as her past continues to trail her and color her world, relationships, and perceptions of self.

At once razor-sharp, profoundly brave, and often very, very funny, the essays in Leaving Isn’t the Hardest Thing interrogate our notions of ecstasy, queerness, and what it means to live freely. Each piece is a reckoning: of survival, identity, and how to reclaim one’s past when carving out a future.

Lauren Hough was born in Germany and raised in seven countries and West Texas. She’s been an airman in the U.S. Air Force, a green-aproned barista, a bartender, a livery driver, and, for a time, a cable guy. Her work has appeared in Granta, The Wrath-Bearing Tree, The Guardian, and HuffPost. She lives in Austin.

Heather Havrilesky writes New York’s Ask Polly advice column and is the author of What If This Were Enough (2018), How to Be a Person in the World (2016), and Disaster Preparedness (2010). She also maintains the Ask Molly Substack newsletter, written by Polly’s evil twin. She lives in Los Angeles with her husband, two daughters, and two dogs.

Thank you for supporting Lauren Hough, Heather Havrilesky, and your local independent bookstore!