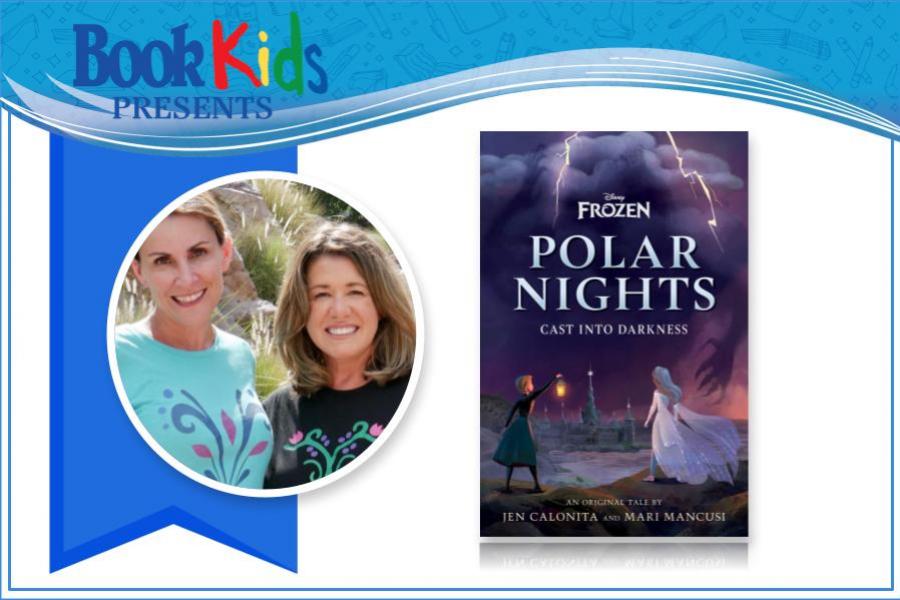 Join us in celebrating Mari Mancusi and Jen Calonita's new book Disney Frozen Polar Nights: Cast Into Darkness! The event will include an author discussion and an audience Q&A.

Anna, Queen of Arendelle, has been tirelessly preparing for the Polar Night’s Celebration that is held every year to welcome the time when the sun doesn’t rise in the Polar Circle. She has been working so hard, her fiancé Kristoff suggests she take a night off to visit her sister Elsa, the Snow Queen. Anna loves the idea. Accompanied by Kristoff, Sven, and Olaf, Anna reunites with Elsa in the Enchanted Forest.

After telling spooky stories around the campfire, Olaf swears that one of the creatures of their tales has come to life! Who else is responsible for the sudden onset of storms and the earlier than normal darkening of the skies? Why else is everyone starting to become so forgetful?

Anna and Elsa join forces to determine what is going on. Together they recall Kristoff’s terrifying tale about a princess who turned into a draugr―an undead creature that steals memories in an effort to make others forget the misdeeds it committed when it was alive. Is it possible that Kristoff inadvertently unearthed memories of a draugr, and thus unleashed the monster upon Arendelle? Anna and Elsa must uncover the real story behind the tale before everyone in Arendelle forgets who they are and is cast into darkness forever….

ABOUT MARI MANCUSI AND JEN CALONITA

Jen Calonita and Mari Mancusi met where the north wind meets the sea―in other words, at the North Texas Teen Book Festival―and instantly bonded over their mutual love of all things Disney and Frozen. A self-professed Elsa, Mari loves all things frozen―especially snowboarding and ice cream. Jen, who is 100 percent Anna, confesses that she took up running solely so she could run in costume at runDisney races. When Mari and Jen are not finishing each other’s sandwiches, Mari can be found in Austin, Texas, with her husband, her dance-loving daughter, and their two dogs, Minnie and Mesquite. An Emmy Award–winning former TV news producer, she’s written more than thirty books for kids, teens, and adults, including the Agnarr and Iduna origin story, Dangerous Secrets. New York Times best-selling author Jen Calonita lives with her husband, two boys, and a chihuahua named Ben Kenobi in New York, where she writes books for kids and teens, including several Twisted Tale novels like Conceal, Don’t Feel. They both like warm hugs.

Thank you for supporting Mari Mancusi, Jen Calonita, and your local independent bookstore!