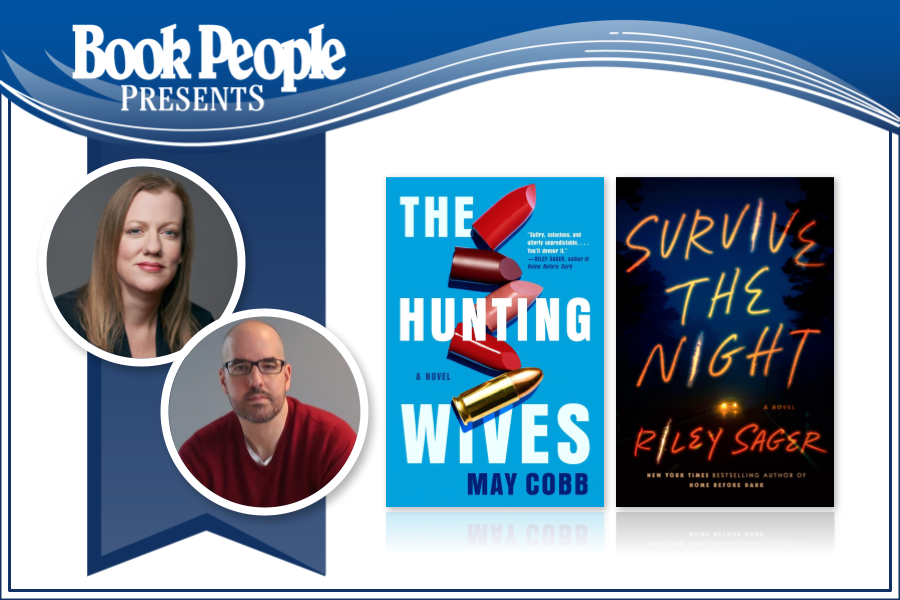 Survive the Night: A Novel (Hardcover)

In conversation with Riley Sager

ABOUT THE HUNTING WIVES

The Hunting Wives share more than target practice, martinis, and bad behavior in this novel of obsession, seduction, and murder.

Sophie O’Neill left behind an envy-inspiring career and the stressful, competitive life of big-city Chicago to settle down with her husband and young son in a small Texas town. It seems like the perfect life with a beautiful home in an idyllic rural community. But Sophie soon realizes that life is now too quiet, and she’s feeling bored and restless.

Then she meets Margot Banks, an alluring socialite who is part of an elite clique secretly known as the Hunting Wives. Sophie finds herself completely drawn to Margot and swept into her mysterious world of late-night target practice and dangerous partying. As Sophie’s curiosity gives way to full-blown obsession, she slips farther away from the safety of her family and deeper into this nest of vipers.

When the body of a teenage girl is discovered in the woods where the Hunting Wives meet, Sophie finds herself in the middle of a murder investigation and her life spiraling out of control.

May Cobb earned her MA in literature from San Francisco State University, and her essays and interviews have appeared in the Washington Post, the Rumpus, Edible Austin, and Austin Monthly. Her debut novel, Big Woods, won multiple awards. She lives in Austin, Texas, with her family.

Riley Sager, the pseudonym of an author who lives in Princeton, New Jersey. Riley’s first novel, Final Girls, was a national and international bestseller that has been published in more than two dozen countries and won the ITW Thriller Award for Best Hardcover Novel. Sager’s subsequent novels The Last Time I Lied, Lock Every Door, and Home Before Dark, which received the Crimson Scribe Award by Suspense Magazine, were New York Times bestsellers.

Thank you for supporting May Cobb, Riley Sager, and your local independent bookstore!