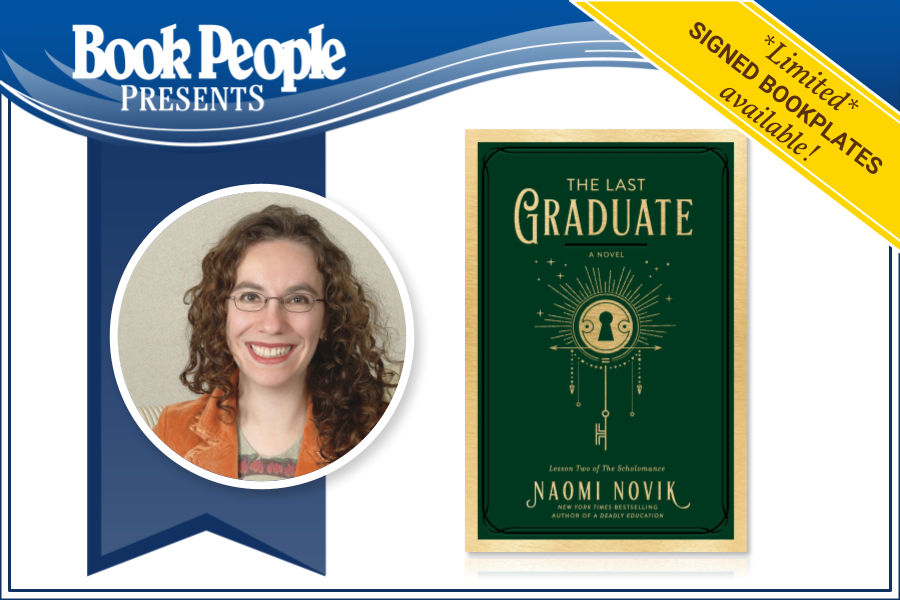 The Last Graduate: A Novel (The Scholomance #2) (Hardcover)

In conversation with V.E. Schwab

ABOUT THE LAST GRADUATE

In Wisdom, Shelter. That’s the official motto of the Scholomance. I suppose you could even argue that it’s true—only the wisdom is hard to come by, so the shelter’s rather scant.

Our beloved school does its best to devour all its students—but now that I’ve reached my senior year and have actually won myself a handful of allies, it’s suddenly developed a very particular craving for me. And even if I somehow make it through the endless waves of maleficaria that it keeps throwing at me in between grueling homework assignments, I haven’t any idea how my allies and I are going to make it through the graduation hall alive.

Unless, of course, I finally accept my foretold destiny of dark sorcery and destruction. That would certainly let me sail straight out of here. The course of wisdom, surely.

But I’m not giving in—not to the mals, not to fate, and especially not to the Scholomance. I’m going to get myself and my friends out of this hideous place for good—even if it’s the last thing I do.

With keen insight and mordant humor, Novik reminds us that sometimes it is not enough to rewrite the rules—sometimes, you need to toss out the entire rulebook.

The magic of the Scholomance trilogy will continue in 2022

VICTORIA “V. E.” SCHWAB is the #1 New York Times bestselling author of more than twenty books, including the acclaimed Shades of Magic series, the Villains series, the City of Ghosts series and the worldwide bestseller The Invisible Life of Addie LaRue. Her work has received critical acclaim, translated into over two dozen languages, and optioned for television and film. First Kill – a YA vampire series based on Schwab’s short story of the same name – is currently in the works at Netflix with Emma Roberts’ Belletrist Productions producing. When she's not haunting Paris streets or trudging up English hillsides, she lives in Edinburgh, Scotland, and is usually tucked in the corner of a coffee shop, dreaming up monsters.

Thank you for supporting Naomi Novik, V.E. Schwab, and your local independent bookstore!

Ibram X. Kendi and Nic Stone: How to Be a (Young) Antiracist