VIRTUAL EVENT: RYAN LESLIE - The Between 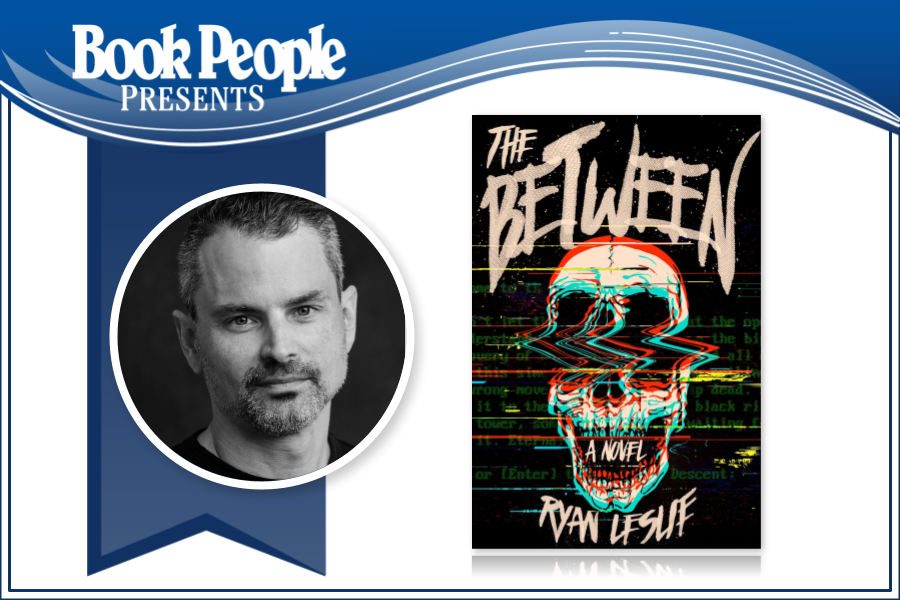 In Conversation with Gabino Iglesias

While landscaping his backyard, ever-conscientious Paul Prentice discovers an iron door buried in the soil. His childhood friend and perpetual source of mischief, Jay Lightsey, pushes them to explore what's beneath.
When the door slams shut above them, Paul and Jay are trapped in a between-worlds place of Escher-like rooms and horror story monsters, all with a mysterious connection to a command-line, dungeon explorer computer game from the early '80s called The Between.
Paul and Jay find themselves filling roles in a story that seems to play out over and over again. But in this world, where their roles warp their minds, the biggest threat to survival may not be the Ko? Maro, risen from the Between's depths to hunt them; the biggest danger may be each other.

Ryan Leslie oversees research for a large health system, where making stuff up is generally frowned upon. His creative outlet has always been writing fiction. He is the author of The Between and Colossus (coming in 2022). Ryan lives in Austin, Texas, with his wife, children's author Lindsay Leslie, and their two sons.

Gabino Iglesias is a writer, professor, book reviewer, editor, and translator living in Austin, TX. He is the author of Zero Saints and Coyote Songs and the editor of Both Sides. His work has been translated into five languages, optioned for film, nominated to the Bram Stoker Award and the Locus Award. and won the Wonderland Book Award for Best Novel in 2019. His reviews appear regularly in places like NPR, the Los Angeles Review of Books, the San Francisco Chronicle, Vol. 1 Brooklyn, Criminal Element, Mystery Tribune, and other venues. He's been a juror for the Shirley Jackson Awards twice, the Newfound Prose Prize, the Splatterpunk Awards, and PANK Magazine's Big Book Contest. He teaches creative writing at SNHU's online MFA program and runs a series of low-cost writing workshops.

Thank you for supporting Ryan Leslie, Gabino Iglesias, and your local independent bookstore!

EVENT: NATALIA SYLVESTER - Breathe and Count Back from Ten