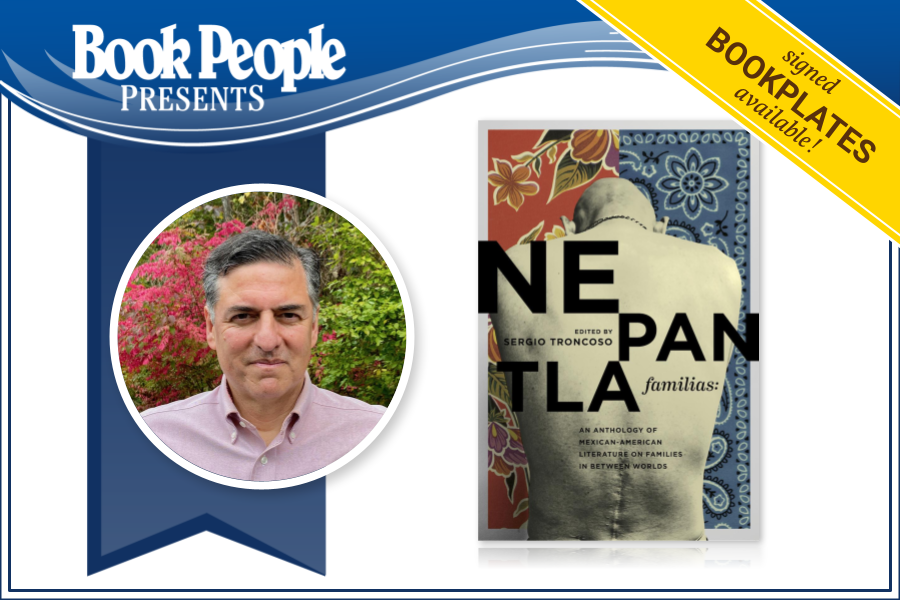 Nepantla Familias brings together Mexican American narratives that explore and negotiate the many permutations of living in between different worlds—how the authors or their characters create, or fail to create, a cohesive identity amid the contradictions in their lives. Nepantla—or living in the in-between space of the borderland—is the focus of this anthology. The essays, poems, and short stories explore the in-between moments in Mexican American life—the family dynamics of living between traditional and contemporary worlds, between Spanish and English, between cultures with traditional and shifting identities. In times of change, family values are either adapted or discarded in the quest for self-discovery, part of the process of selecting and composing elements of a changing identity.

Edited by award-winning writer and scholar Sergio Troncoso, this anthology includes works from familiar and acclaimed voices such as David Dorado Romo, Sandra Cisneros, Alex Espinoza, Reyna Grande, and Francisco Cantú, as well as from important new voices, such as Stephanie Li, David Dominguez, and ire’ne lara silva. These are writers who open and expose the in-between places: through or at borders; among the past, present, and future; from tradition to innovation; between languages; in gender; about the wounds of the past and the victories of the present; of life and death.

Sergio Troncoso is the author of The Last Tortilla and Other Stories, A Peculiar Kind of Immigrant’s Son, and Crossing Borders: Personal Essays. He coedited Our Lost Border: Essays on Life amid the Narco-Violence, which won the Southwest Book Award from the Border Regional Library Association and the International Latino Book Award for Best Latino-focused Nonfiction Book. A Fulbright scholar, Troncoso is a resident faculty member of the Yale Writers’ Workshop and president of the Texas Institute of Letter

Stephanie Elizondo Griest is an award-winning author whose five books include Around the Bloc: My Life in Moscow, Beijing, and Havana; Mexican Enough; and All the Agents & Saints. A professor at UNC-Chapel Hill, she has performed as a Moth storyteller and literary ambassador for the U.S. State Department.

Rubén Degollado has been published in several literary journals and anthologies. His novel, Throw, won the Texas Institute of Letters 2020 Award for Best Young Adult Book along with other accolades. His linked collection of short stories, The Family Izquierdo, will be published by W.W. Norton in 2022.

Diana Marie Delgado is the Literary Director of the University of Arizona Poetry Center and the author of Tracing the Horse (BOA, 2019), a New York Times Noteworthy Pick. Delgado received her MFA in Poetry from Columbia University, and her selected honors and awards include support from the  National Endowment for the Arts, Hedgebrook, and Breadloaf.